President Buhari: Plateau is only state up to date in payment of salaries 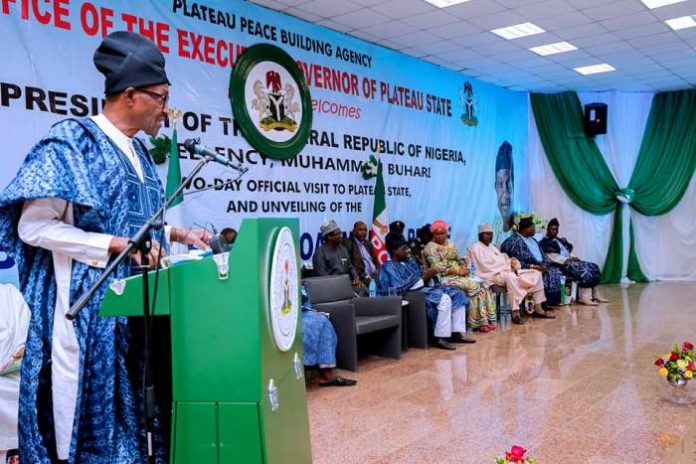 President Muhammadu Buhari says Plateau is the only state where salaries have been paid up to date.

The president who is on a two-day visit to Plateau lamented that state governors “find it comfortable to sleep” despite owing salaries of workers.

Speaking at a town hall meeting in Jos, the president commended Simon Lalong, Plateau governor, for his achievements in the infrastructural development of the state.

“I need to commend the governor of Plateau state for embarking on infrastructural development in spite of lean resources at his disposal. Plateau state is the only state that is up to date in payment of staff salaries and that is quite commendable,” he said.

“When we came in in 2015, I discovered that most state governments were owing salaries for six, eight, ten months and even 12 months. I made efforts [to] make funds available the states so as to offset the backlog of salaries, but up till now that I’m talking to you some state governors are still owing their workers and I asked them how they find it comfortable to sleep when their workers are not paid and their families go to bed without food. I cannot imagine it.

“I have since instruct[ed] some of those governors to ensure they pay everything they are owing their workers.”

Weighing in on the herdsmen-farmers clashes in Plateau, he urged traditional rulers to find the root cause of the problem and ultimately seek a solution.

President Buhari said: “We the politicians will soon go away, but the traditional rulers have been there and they still remain there till death.

“In Taraba, Benue, Plateau, the problem is the same, herdsmen, farmers clash and I think the solution will be the same, our traditional rulers should get down to work and find out what went wrong and why. We must just find solution to these clashes.”