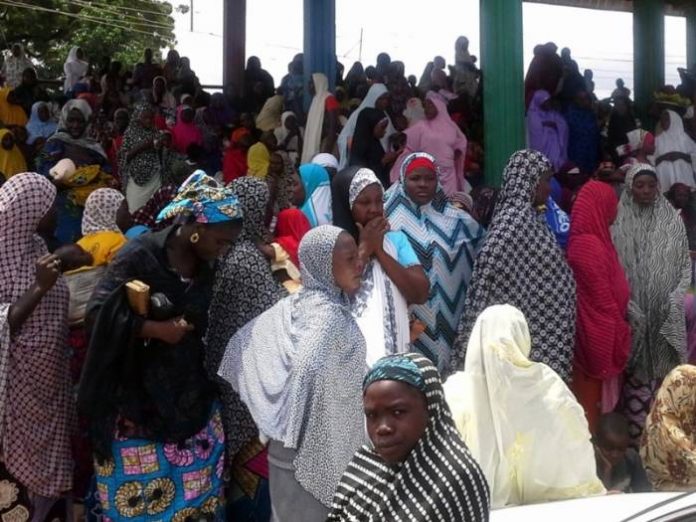 The Federal Government has distributed relief materials and empowerment items to the victims of insurgency in Zamfara.

The distribution was made to the victims at Zurmi, Moriki and Shikafi emirate councils in Zurmi and Shikafi Local Government Area of the State.

Speaking during the event, the Commissioner, National Commission for Refugees Migrant and Internally Displaced persons (NCRIM), Hajiya Farouq Saadiya, expressed her condolences to the emirates, families of the deceased and entire community.

Saadiya said the relief materials were provided to ease the victims’ hardship and assist them in returning to normal life.

She said before now the staff of the commission were in the areas to train victims on different types of skills with the aim of making them economically self-reliant.

She said that the empowerment was considered the best form of assistance.

According to her, the commission sees it very nessary to train IDPs and other victims of insecurity in the area on various skills acquisition.

She said that the items distributed was a massage from President Muhammadu Buhari as part of his concern to the plight of victims.

She, therefore, called on the beneficiaries to make judicious use of the items given to them, so as to sustain the effort of the government in reducing poverty among IDPs and other victims of insecurity.

Responding at the event the Emir of Zurmi, Alhaji Abubakar Atiku thanked the commissioner and the Federal Government for the kind gesture and assistance.

The Emir said the emirate was not the only area faced with the banditry attack in the state but we received the highest concern.

He said since the time of the attack they have been receiving visitors from within and outside the state.

Smillaly the Emir of Moriki, Alhaji Samaila Muhammad and that of Shikafi, Alhaji Makwashe Idaho both expressed stisfaction with commissioner and thanked the Federal Government as well.

According to them, the assistance will surely touch the lives of the victims and assist them in returning to normalcy.

Some of the beneficiaries commended the Commission and assured that they will make good used of the assistance.

Facebook
Twitter
Pinterest
WhatsApp
Linkedin
Previous articlePresident Buhari: Plateau is only state up to date in payment of salaries
Next articleSenator Ekweremadu: Politicians flooding Nigeria with weapons ahead of 2019 polls