No immunity for any public office holders — CCB reaffirm 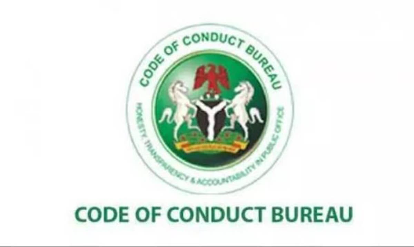 The Code of Conduct Bureau, CCB, has reaffirmed that there is no immunity clause covering any public office holder in the country as enshrined in the Act establishing the Bureau.

The Bureau made the declaration through their Abia State Director, Mr. Abel Sunday when his team paid a sensitisation visit to the Management of Michael Okpara University of Agriculture, Umudike.

The Director said the mandate and powers of the Bureau are to conduct government businesses with professional competence and ensure that the actions and behaviour of public officers conform to the highest standards of public morality and accountability.

He noted that the provisions of paragraph 13, of the 5th Schedule of the Federal Constitution, mandates the Bureau to receive assets declaration forms from public officers, assess such forms and keep custody of the forms. He further stated that the Bureau also entertains petitions and complaints from the public regarding the forms as well as investigate and, where appropriate, refer such matters to the Code of Conduct Tribunal.

He hinted that public office holders are not allowed to manage businesses, operate foreign accounts, abuse their offices, among other official vices.

The Vice-Chancellor, Professor Maduebibisi Ofo Iwe in his remarks applauded the Bureau for upholding high standards of morality and accountability amongst public officeholders. He advised the Bureau to make out time to revisit the institution in order to sensitize a wider University workforce.

The CCB state director was accompanied on the visit by an Assistant Chief Superintendent of the Bureau, Mr. Igboko Ihechi and a Deputy Superintendent, Mr. Eze Smart Onyekachi.