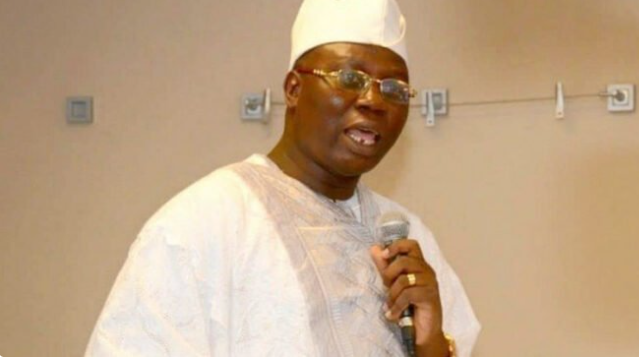 Aareonakakanfo of Yorubaland, Gani Adams, on Wednesday, knocked the Miyetti Allah Cattle Breeders Association of Nigeria for saying that a cow may cost up to N2 million with the anti-grazing law.

According to Adams, the people of Southern Nigeria, especially the Yoruba people in the South-West will start eating fish and other alternatives to beef.

He also said the North can’t use its cattle bought by the people of Southern Nigeria to threaten the people.

Adams spoke on Wednesday as a guest on PUNCH Online interview programme, The Roundtable.

Adams was reacting to a statement credited to the MACBAN Zonal Secretary of Myetti Allah Cattle Breeders Association during a one-day public hearing organised by the state House of Assembly on the anti-open grazing bill on September 8, 2021. Lagos consumes over 6,000 heads of cattle daily and over 1.8 million heads of cattle annually, according to the State Commissioner for Agriculture, Abisola Olusanya.

The bill titled, ‘A bill for a law to Prohibit Open Cattle Grazing In Lagos State, the Trespass of Cattle Land And For Other Connected Purposes’, had scaled second reading in the House.

The move was in consonance with the resolution of the 17 Southern governors who had on July 5, 2021, “set a timeline of Wednesday, 1st September, 2021 for the promulgation of the anti-open grazing law in all member states”.

Aside from Lagos, Governor Rotimi Akeredolu of Ondo State had on August 31, 2021, signed into law, the Anti-Grazing Bill passed by the State House of Assembly.

Some other governors in the Southern part of the country had also signed the bill into law in the last few weeks with a move geared towards curbing the farmer-herder crisis and attendant insecurity in the region.

Adams commended the Southern governors for banning open grazing in the region and for supporting the move with legal backing.

He said, “Countries are moving towards creating a secured environment for their people and in a situation where a profession within agriculture is creating problems, creating insecurity for us in every region, the governors of the South have right to decide how to protect the lives and property of their citizens.

“I agree totally with the Southern Governors on anti-grazing laws and I believe the best thing to do now is to implement that law and to watch the states and to even appeal to them that they should sign that bill backed their state assemblies into law because it is very important because of their citizens.

“If they said cows will cost two million naira, if it is too costly, we can subscribe to be eating fish and all other content that is eatable that we can use to balance our meals because our lives are very important – if you are lifeless, you can’t eat cow, if you are in an unsafe environment, you can’t eat cow.

“When you are living in a panic environment, there would be no economic buoyancy because investors will not come and invest in that environment.

“If they said that cows will be too expensive, we too will start our initiative based on ranching, we will start our own agricultural system and try to encourage our people to rear cows within our region. The Western Region had done it before and it succeeded by giving us our own livestock through the agricultural ministry.”

Adams also commended five governors in the South-West zone for starting the South-West Security Network Agency, also known as Amotekun, while urging Lagos, and the other 11 state governments in Southern Nigeria to key in to the development and have their own security outfit.

The overwhelming insecurity in the region had forced the governors of the South-West to inaugurate the security outfit last year to tackle peculiar security threats in the zone. The Amotekun Corps had also got the constitutional backing of the state assemblies in the zone.

Ondo, Ogun, Oyo, Ekiti and most recently Osun states have since kick-started the operations of the security outfit.

In the South-East, a joint security vigilante named Ebube Agu was inaugurated in April 2021.

The security outfit had been set up by the five governors in the zone — Okezie Ikpeazu (Abia), Willie Obiano (Anambra), Dave Umahi (Ebonyi), Ifeanyi Ugwuanyi (Enugu), and Hope Uzodinma (Imo) but the outfit has not been functional since its Chairman, Major General Obi Umahi (retd.), resigned his appointment in June over lack of funding, amongst other reasons.

The South-South has not come up with a regional security outfit.