FG is borrowing sensibly to fund only infrastructure – Minister 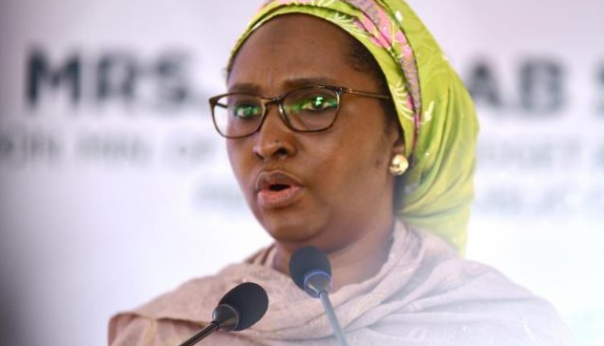 Zainab Ahmed, minister of finance, says the federal government is borrowing “sensibly” to cater to the country’s infrastructure needs.

Addressing a press conference on the recent report by the National Bureau of Statistics (NBS) on the growth of the economy, Ahmed said if Nigeria does not invest in infrastructure, “we will regret it”.

As of March 2021, Nigeria’s total public debt had hit N33.1 trillion. Many have expressed concern about the rate at which the government is borrowing to finance infrastructure projects.

Commenting on the concerns, the minister said the investments will be beneficial to the country in the future.

“We are borrowing sensibly and we are investing in rail and other infrastructure,” she said on Monday in Abuja.

“If we do not do these investments, we will regret. [These] investments will return revenue in the future.”

Addressing the NBS report, Ahmed explained that the country’s economy would have grown above 5 percent in the second quarter of 2021 but the agriculture sector recorded slower growth, owing to security challenges.

“The service sector recorded a strong performance, growing by 9.27 percent this reporting quarter, representing the fastest growth in this sector since 2010.

“The second quarter growth of 2021 would have been much stronger than the 5.01 percent but for agriculture that recorded a slightly lower growth.

“A number of bottlenecks within the system including insecurity which has negatively affected the sector negatively. Also, the industrial sector slowed down to -1.3 percent.”

The minister added that the non-oil sector contributed majorly to the growth witnessed in the second quarter.

“The non-oil sector recorded a growth of 7 percent which represents the fastest growth since the third quarter of 2014,” she said.

Lai Mohammed, minister of information and culture, was also present at the press conference.