$2.3 trillion is needed to bridge the infrastructure deficit – SGF 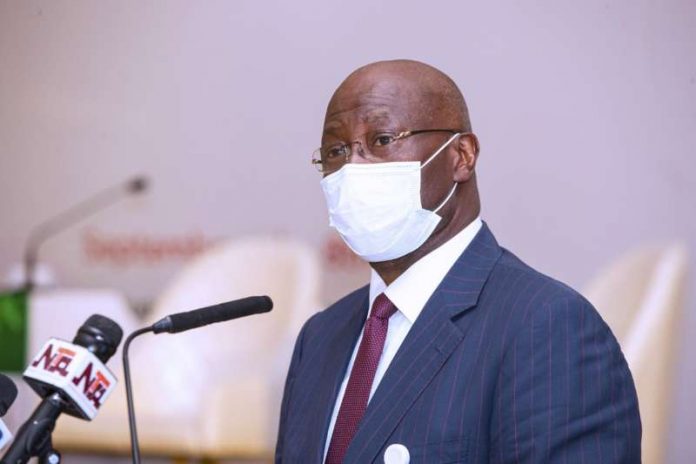 The secretary to the government of the federation (SGF), Boss Mustapha, says $2.3 trillion is needed to bridge the infrastructure deficit in Nigeria over the next 22 years.

Mustapha said this during a town hall meeting organised by the Business Hallmark Public Policy Forum in Abuja on Thursday.

He said the 23-year national integrated infrastructure masterplan (2020-2043) is for the development of infrastructural projects, including roads, railway networks and the maritime sector.

“It is important that we appreciate where we are coming from, where we stand, what we need to do to get to our desired destination and most importantly, what government is doing to facilitate reaching that destination,” he said.

“At inception, in May 2015, President Buhari’s administration was confronted with a monster that is a huge infrastructure challenge, indicated by infrastructure stock that was estimated 35 per cent of Gross Domestic Product (GDP).

“Conscious of the economic disruption caused by 2016 recession and COVID-19 as well as challenges of previous reforms, the Federal Government revised the 23-year (2020-2043) national integrated infrastructure masterplan that identified critical enablers.

“For the 23-year period, $2.3tn will be required, translating to about $150bn annually, and the private sector and other partners have to provide 56 per cent, while Federal Government and state governments will provide 44 per cent of the share of the investment.

“The Federal Government has made important strides towards providing much of our infrastructure and has, in recent years, conducted several infrastructural reforms.

“Specifically, we are extending and upgrading the nation’s railway network and introducing more locomotive couches. The port sector has been converted to a landlocked model and terminal.

“Similarly, Public-Private Partnership style infrastructure company with an initial seed capital of N1tn envisaging to grow over time to N6tn in assets and capital has been established and will soon commence operation.

“It will be one of the premier finance entities in Africa and will be wholly dedicated to Nigeria’s infrastructure development.

“The reduction in Nigeria’s infrastructural gap will also give the country a competitive advantage under the newly signed Africa Free Continental Area Trade Agreement.”

Godwin Emefiele, governor of the Central Bank of Nigeria (CBN), had said the country requires about N35 trillion worth of investment to attain double-digit growth in achieving the nation’s infrastructure master plan.