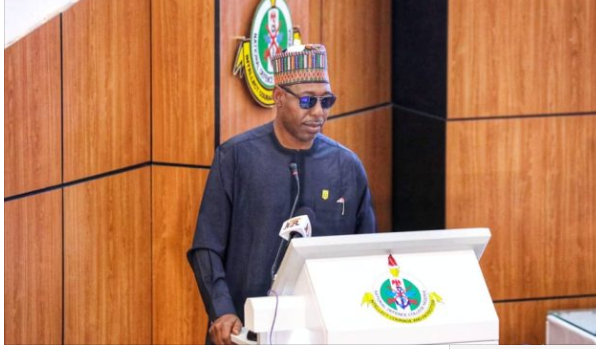 Borno State Governor, Babagana Zulum, says the prohibition of herders from grazing openly in some states in the country won’t work until the insecurity situation as well as the socio-political and economic dimensions of the crisis is addressed.

He spoke on Wednesday morning during ‘Sunrise Daily’ breakfast show on Channels Television.

Many states in Nigeria including the 17 Southern states had banned open grazing in their region, to curb cases of rape, killing and kidnapping traced to some unscrupulous and furtive elements who masquerade as herdsmen. Despite stiff opposition and criticisms by many northern bigwigs, Southern governors met on Monday and set September 1, 2021 for the promulgation of the anti-open grazing law in their states.

But speaking on the television programme, the Borno State Governor said the socio-political and economic dimensions of the insecurity in the country as well as the insurgency war in the North-East which he said is fast spreading to other parts of the country must first be addressed.

The governor said, “We have to address the socio-political and economic dimensions of this crisis which is very important because there is increasing poverty in the sub-region; that is something that will trigger insurgency.

“There is increasing food insecurity in the sub-region because food insecurity is the worst form of insecurity and that is why the Borno State Government has been advocating for farming in the last two years. Farmers should be allowed to go to their farm lands.

“The Nigerian military should create the enabling environment for farmers to go to their farmlands so that they can cultivate their lands. It is no longer sustainable for our internally displaced persons living in IDP camps and host communities to receive food and non-food items from donor partners. People must earn their livelihood if we want this insurgency to come to an end.”

“The issue of the socio-political and economic dimensions of this crisis is very important; addressing farmers-herders is also very important, to ensure that the enabling environment has been created to the herders is very important. This issue of stopping open grazing and others will not work unless we sit down and address all these issues squarely,” he added.

Zulum, who said peace is gradually returning to the North-East after over 11 years of Boko Haram war, lamented that the Nigerian Army does not have the lethal weapons, fighter helicopter and numerical strength to fight the aggressors.

“Yes, Mr President has procured some equipment, the equipment are coming but when will they arrive. That is a serious thing that they should look into because we need to address this issue immediately otherwise the issue will consume the greater part of the nation.”

According to him, “The Nigerian Army should not relax by our statement that there is peace in Borno State, that there is gradual return of peace in the North-East. Yes, what we are saying is true but that does not mean the problem is over; they have to work hard to ensure that the remnants of the insurgents are cleared in the Lake Chad, are cleared in the Sambisa Game Reserve.”

Zulum also stressed the need for the Nigerian Army to engage mercenaries and leverage on external collaboration with neighboruing countries like Niger Republic, Chad, Cameroon, amongst others, to win the insurgency war which has claimed thousands of lives in the last 11 years.