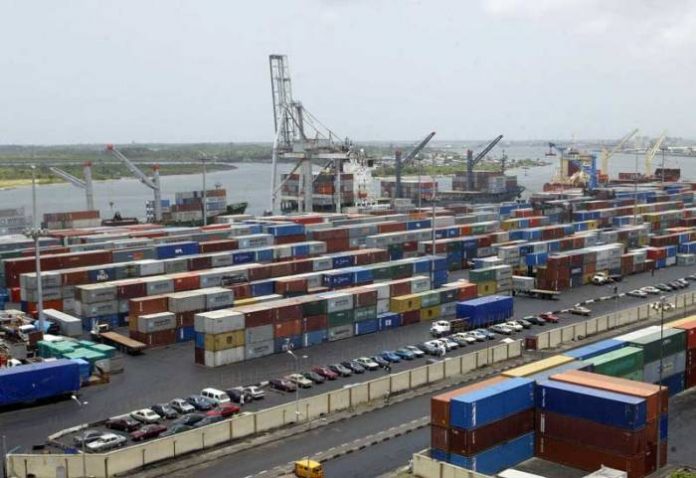 Nicole made this known in an interview with newsmen in Lagos on Monday.

NAN reports that in May 2017, Vice President Yemi Osinbajo signed an executive order directing resumption of 24-hour operations at the Apapa Port and prohibiting touting in all seaports.

However, the 24-hour operations have yet to commence in the seaports while agencies sacked from operating at the seaports have returned to participate in physical examination of cargoes.

The Managing Director of the Nigerian Ports Authority, Ms Hadiza Bala-Usman, recently accused some Federal Government agencies operating at the ports of lack of compliance with the directive and executive order.

According to Nicole, the Nigerian Customs Service (NCS) was generating almost N26 billions daily in the past from seaports.

The figure has dropped because our imports have reduced.

“Payments are daily made to shipping companies, terminal operators, customs, transporters, Ministries, Department and Agencies (MDA’s) in the ports.

“If one is bringing out 1,000 containers, add the customs duty, shipping and terminal charges, transportation and even under-the-table transactions, then you will understand the amount involved.

“We need to put in place policies that are workable and cannot be thwarted,” he said.

The association president alleged that some unpatriotic Nigerians thwarted laws and policies because they wanted to make money anyhow.

Nicole decried alleged refusal of some government agencies to key into the 24-hour port operation directive, describing it as unfortunate.

On the continued presence of some MDAs in the ports, though they had been told to withdraw, he said it was unfortunate that the MDAs failed to comply with governments’ directive.

According to him, shippers are still present in the ports because they are the owners of cargoes and would be needed by customs in some situations.