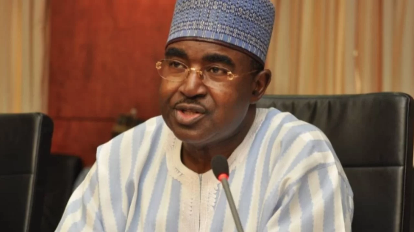 The Chairman, National Drug Laws Enforcement Agency, (NDLEA) Brig.-Gen Buba Marwa, has said that over N60 billion worth of illicit drugs were seized by the agency in the last two months.

NDLEA Chairman, gave the disclosure yesterday in Ado-Ekiti, at a Colloquium tagged, “Walk Away from Drugs” organised by the Ekiti Ministry of Justice.

Marwa who decried the spate of drug abuse in the country said the menace was universal but more worrisome in Nigeria.

He said insurgency, kidnapping and banditry are peculiar to some certain parts of the country but drug abuse is universal, it has no boundaries, no respect for ethnicity or religion.

“The menace is worrisome, that within the last two months, more than N60 billion worth of illicit drugs have been ceased and perpetrators arrested and prosecuted.

“If access to drugs is prevented, criminality can be reduced by 50 percent,”, in the country, Marwa said.

The NDLEA boss, called for concerted efforts by stakeholders on the campaign against the use of illicit drugs among the citizenry.

He suggested that parents henceforth include drug certificate as parts of the criteria to give their daughters and sons hands in marriage.

“Drug use is in every single community in the country. It has reached a very frightening dimension in Nigeria”

“This will be the beginning of reducing drug usage and prevailing economic effects on the nation.”

Ekiti State Governor, Dr. Kayode Fayemi, in his address at the

meeting restated the commitment of his administration to reducing drug abuse in the state.

Fayemi, who was represented by his Deputy, Otunba Bisi Egbeyemi, urged participants to take seriously the deliberation and their outcomes, with implementable plans to rid the society of the menace.

The Attorney General and Commissioner for Justice, Mr. Wale Fapounda, pointed out that the programme was organized as a result of the alarming cases of criminality being perpetrated because of the use of drugs.

Fapounda said, “Most cases prosecuted by the ministry when investigated reveal that the perpetrators were under the influence of drugs.”