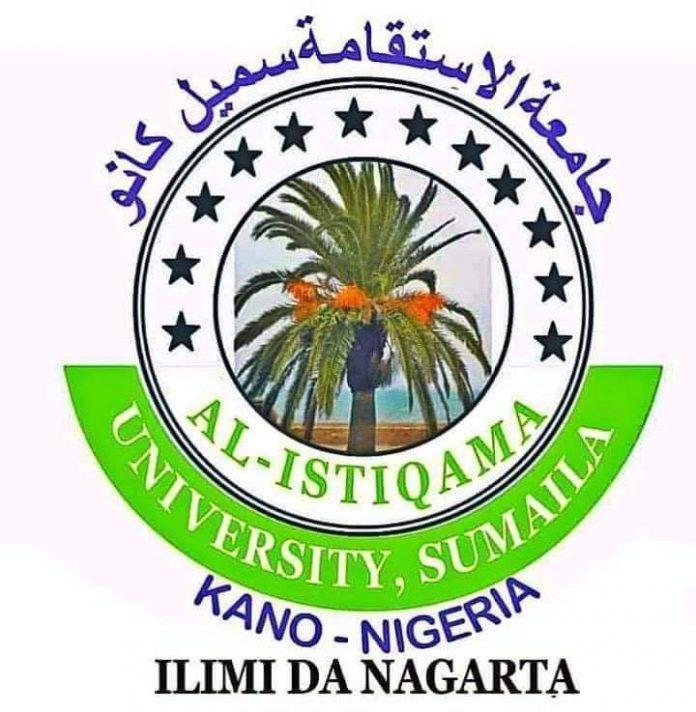 The chairman of Dantata Group of Companies and an elder statesman, Alhaji Aminu Dantata, has awarded 4-year full scholarships to 100 less-privileged students to study different courses at the newly established Al-Istiqama University, Sumaila.

Alhaji Dantata, who said the scholarships were part of his contribution to address educational challenges in the society, promised to make full payment at once.

During a courtesy visit by the Governing Board and the Planning Committee of the university in Kano, Dantata expressed delight at the establishment of the university, which he said would create a lot of employment for the people and address admission difficulties faced by students.

He was particularly elated that Al-Istiqama University was established in Sumaila, Kano State, with Prof . Salisu Shehu as the pioneer Vice Chancellor , and commended the manage of the institution for introducing meaningful courses in its first year of operation.

He said the introduction of Islamic moral education as general studies would help in curtailing the challenge of moral decadence in the society, while various entrepreneurship courses would aid self-reliance among students.

He thanked the National Universities Commission (NUC) for approving Al-Istiqama University, alongside 19 others, noting that their establishments would address the myriad of challenges in gaining admission into higher institutions of learning.

He called on government at all levels as well as wealthy Nigerians to imbibe the habit of awarding scholarships to the children of the less-privileged.

Speaking, the founder and promoter of Al-Istiqama University, Kawu Sumaila, who is the immediate past Senior Special Assistant to the President on National Assembly Matters (House of Reps), thanked Dantata for his gesture.

Kawu, a former two-term Deputy Minority Leader of the Green Chamber, said the university was ready to give discounts to students, especially during its first admission exercise, which will commence any moment from now.

Some of the courses introduced by the university are Islamic Studies, Economics, Accounting, Taxation, Entrepreneurship Studies, Political Science, Computer Science, Software Engineering, Physics with Electronics, Mathematics, Chemistry, Biology, among others.