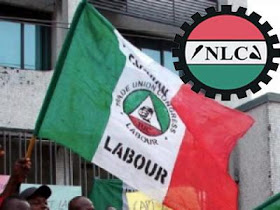 The Organised Labour on Monday said the Nigerian Government was not interested in honest dialogue over the hike in electricity tariff and fuel price.

The labour union said the government was not ready to find a lasting solution to the hike in the price of petrol and electricity tariff.

In the statement titled: “Why we walked out,” the union said the government had shown bad faith in their agreement.

The statement reads partly: “At our meeting yesterday (Sunday night), we had prioritised as urgent this matter before delving into the issue of palliatives. However, the Honourable Minister of Labour, Dr Chris (Ngige) did not think it was important.

“All efforts to make him see reason failed. Given the tense situation and the government’s manifest of insensitivity, the organised labour had no option than to walk out.

“From the foregoing, it is clear that the government is not prepared for a sincere and honest dialogue on finding a lasting solution to the twin issues of petroleum price increase and electricity tariffs.”