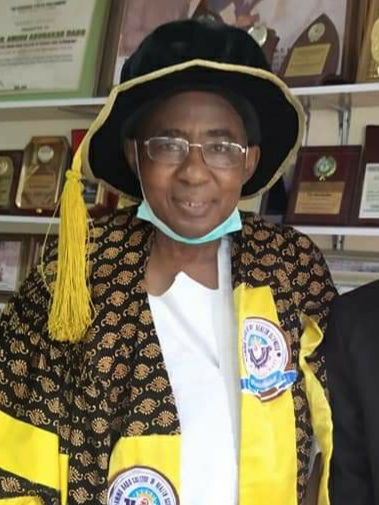 Similarly, the occasion was preceded by the installation of Arc Aminu Dabo with the followship Award of the two Organisations “International Peace and Secure Society” as well as from “Institute of Sustainable Development and Management Science”.

The organizers confirmed the three special awards to the recipient at the second batch of the year 2020 International Conferences/Induction ceremony held jointly at Grand Central Hotel, No.1 Bompai Road, Kano Nigeria.

The Provost of the Fopase University Cotonou Dr. Samson Orjiogo in a brief speech on the occasion said the honorary degree is conferred on people who have distinguished themselves by their substantial contribution to the various fields of endeavours.

He explained that, Individuals upon whom such a high honour has been bestowed are entitled to use prefix of (Dr) the abbreviated honorary degree before their names while suffixes of FIPSS and FISDMAS from the two International Institutions respectively after their names.

He explained that the prestigious University Award of Honorary PhD Degree is only giving to those who have made immense contributions in the fields of various endeavours as part of encouragement to do more.

Responding, Dr Arc Aminu Dabo said he was highly inspired and motivated by the rare honour done him, dedicating the accomplishment to his entire family, relations, political associates, friends and well wishers all over the state and beyond.

He expressed appreciation to the Governing Council, Convocation and Awards Committee of the University as well as the Management of the two institutions for the recognition and awards. He also thanked all the distinguished invitees, members of the general public including the media for attending and making the occasion a resounding success.

Also in a congratulation on behalf of the College Community, the Provost Sant Hamza Garba described the honor as well-deserved, timely and done to rare people whose significant contributions touched most people in the society.

He expressed confidence and prayed that, the honour would further ginger (Dr)Arc Aminu Dabo FIPSS, FISDMAS for more commitment, responsibility and hard work for the improvement of the people in society.