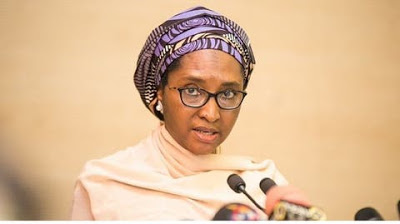 The Minister of Finance, Budget and National Planning, Zainab Ahmed, on Saturday, said the Federal government has created a N25bn youth fund as part of efforts to address the dissatisfaction of #EndSARS protesters and other youth-related restiveness in the country.

The minister made this known at a stakeholders’ meeting with the Deputy Governor of Kaduna State, Dr Hadiza Balarabe in Kaduna on Saturday.

According to Ahmed, the meeting was in line with the directive of the President Muhammadu Buhari  to ministers and governors to dialogue with stakeholders and the youths with a view to addressing their agitations.

The minister, who explained that the youth fund would be increased to N75bn within a period of three years, explained that the fund aims to support youths to actualise their entrepreneurial aspirations and create job opportunities.

Also speaking, Balarabe said the essence of the meeting was to come up with ideas to tackle the security challenges caused by the #EndSARS protests.

Balarabe commended the residents particularly, the youths for promoting peace and eschewing violence across the country.

There have been reports of widespread violence and arson in different parts of the country in the last one week as hoodlums hide under the guise of the #EndSARS protests against police brutality to raze and loot public and private assets in the country.