Food stuff prices are coming down, not going up – Presidency insists 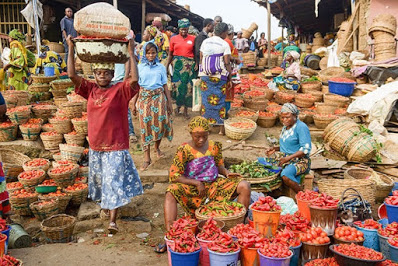 Contrary to public opinion, the Presidency on Friday said prices of food items in the country are dropping and not going up.

The President’s Senior Special Assistant on Media and Publicity, Mr Garba Shehu, made this known while featuring on Channels Television’s Sunrise Daily programme.

According to Shehu, the drop in food prices is due to the agricultural reforms of the President Muhammadu Buhari led administration.

Shehu was reacting to the President’s directive Thursday that the Central Bank of Nigeria should not release money for food and fertiliser importation henceforth.

The President’s spokesperson said, “To say the cost of food items is connected to the closure of the borders is absolutely wrong. And to say that the prices of food ain’t coming down, I think the scholar has detached himself from the market because we sat through the meeting of the National Food Security Council and we heard presentations by experts – people who had surveyed the markets.

“So, to say that there is no change in the prices is to show one is completely detached from what is happening in the country.”

When told by the moderators of the programme that his position was contrary to the reality being faced daily by Nigerians on the streets, Shehu insisted, “As the Germans say, if you want to get the best of the weather, open the windows. My suggestions to the journalists who sit and write all of these numbers is, send your correspondents to the streets, go to the markets and find out.

“I didn’t say that all of the prices, the changes had crashed completely. They are coming down because the harvested items are coming into the market. Prices are coming down, they will continue to go down as more and more food items are harvested. It’s a seasonal thing and we are going to see through this as well.”