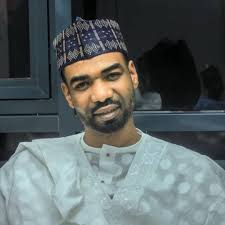 The most popular businessman of recent times Alhaji Mudassir Idris Abubakar founder of Madatex Mudassir & Brothers Limited, in a popular Radio Broadcast Show ‘Barka da Hantsi’ of Radio Freedom Kano explained his relationship with Kano State Government, he mentioned that at first he was invited to come and upgrade the Hotel and also manage it since a number of investors were invited from Dubai but they rejected the offer.

Mudassir added that, he put down the invitation to go into Hotel Business because he no interest in the business, instead he made the proposal of establishing a World Class Shopping Mall at the location and later he was asked to make a present ion, which he did.

You may recalled that the story of Kano State Government selling the legendary Daula Hotel to Mudassir went viral in social media in recent weeks, which generate a number of comments from general populace. The Gubernatorial Candidate under the People’s Democratic Party PDP also sued the State Government in the court on the same issue. Is the State Government having a second thought on the project? Only time will tell.