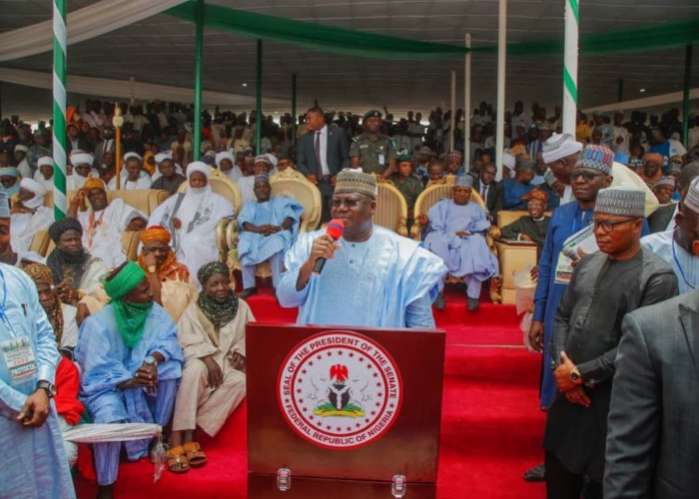 The President of the Nigerian Senate, Ahmad Lawan, yesterday said the insecurity challenges in Nigeria have been a test from God.

He however said insecurity is reducing and Nigerians must give gratitude to the Almighty.

Lawan stated this at the just concluded 2020 Argungu Fishing Festival in Kebbi State.

According to him, Nigeria is blessed and endowed with natural resources and what needed to be done was to harness what the country is endowed with.

“Sometimes God challenges his creations and we have been under some tests. The test of insecurity which is the reason why for eleven years this particular fishing festival could not hold. Today we have to pay gratitude to Allah for giving us this opportunity while we thank God for that,” he said.

He also commended the Armed forces for having to fight battles for the country.

He called for participation of public and private sectors to ensure that the northern region educates its people of which he said the 14million out of school children is a time bomb waiting to explode if nothing was being done.

Kebbi State, Senator Atiku Bagudu said the festival was a celebration of how resources in Nigeria is for all and government will provide equitable opportunities for those who are willing to put in efforts.