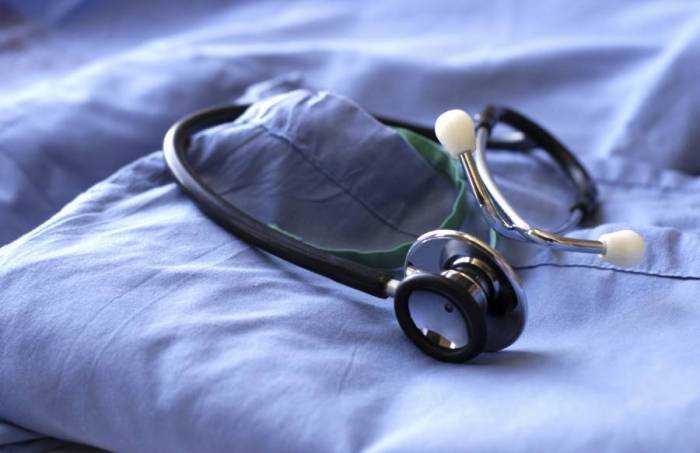 Medical doctors in the employ of Anambra Government, under the aegis of Conference of Civil Service Doctors (NAGGDMP), have embarked on an indefinite strike over government’s alleged failure to implement its agreement with the group.

Addressing journalists at the General Hospital, Onitsha, on Monday, the state Chairman of the conference, Livinus Chukwuma, expressed sadness that doctors in the state were the least paid in the country.

“The doctors in the state are disheartened to note that they are the least paid in the country as the state government has failed to keep its part of the bargain,” Mr Chukwuma said.

He recalled that doctors in the state went on strike for more than 13 months in 2011 over the non-implementation of the Consolidated Medical Salary Structure approved by the Federal Government as the standard for all doctors in government service.

He said the strike was called-off after interventions from eminent persons and a fresh agreement reached with the state government.

Chukwuma said the agreement stipulated that the government would periodically review the salaries until 100 per cent was achieved, starting from 50 per cent.

“This is in spite of all the efforts made to make the government see reason, including a warning strike in 2019.

“All the other states are either paying 100 per cent of the 2014 template or something very close to that,” Mr Chukwuma said.

He expressed dismay that doctors in the state were getting about 40 per cent of what their counterparts in other states were receiving.

He regretted that the situation prevailed, in spite of the fact that the federal government in 2014 further reviewed the CONMESS upwards.

Chukwuma said the salary disparity made doctors in Anambra a laughing stock in the comity of doctors.

“The doctor in the state service is a frustrated one. Many have left the service for other states or institutions where they are accorded better wages and many are preparing to go.

“The doctors in the state are very much aware of the dire consequences of this strike on the health needs of the people and wish it were avoidable. But we had been pushed to the limits.

“We want to state clearly that there is still room for discussions and, therefore, implore our citizens of goodwill to prevail on the government to attend to the demands of doctors,” he said.