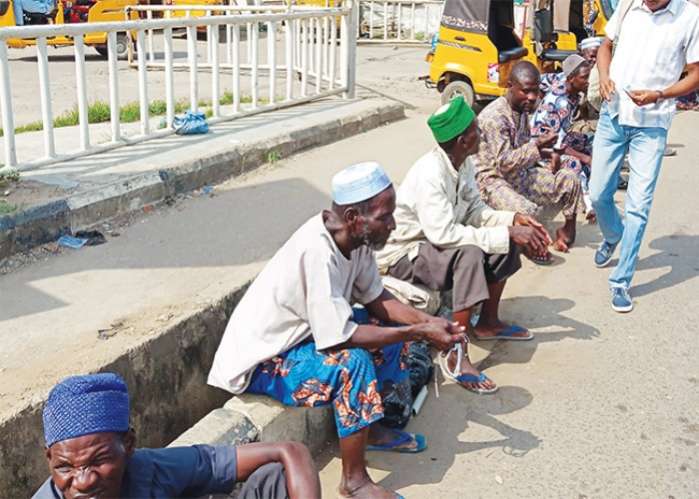 The Federal Capital Territory Administration FCTA has again declared that the ban on street begging was still in effect in the territory and that relevant agencies will not hesitate to enforce the law on anyone caught contravening the ban.

The declaration which was one of the resolutions reached at the monthly meeting of the FCT Security Committee chaired by the Permanent Secretary in the FCT Administration, Sir Chinyeaka Ohaa, came amid concerns about the possible influx of beggars from Kano and Nasarawa states which recently outlawed street begging.

Speaking after the meeting which took place at the official residence of the FCT Minister at Life Camp, Ohaa said the enforcement of the ban became necessary to curtail the likely influx of beggars and miscreants to the FCT following the ban on street begging by some states in the country.

According to him, relevant officials have been directed to intensify public enlightenment campaigns to reiterate the ban on street begging which he said also has negative security implications.

“We want to ensure that the FCT does not become a safe haven to beggars that may be coming from other states that have banned street begging”, he was quoted as saying in a statement by the Chief Press Secretary to the minister, Anthony Ogunleye.

Ohaa however stressed the need for continuous synergy among security agencies for effective performance. He attributed the improved security situation to the fact that security agencies have intensified their crackdown on criminals in the Territory.

According to him, “all the security agencies resolved that they will work in synergy to make sure that they tackle the menace of insecurity in the city”, adding that the reduction in violent crimes like kidnapping and armed robbery as well as improved compliance with traffic regulations is as a result of this improved synergy.

While calling on residents of the FCT to help improve security by always furnishing security agencies with necessary information that will help them in the proper discharge of their duties, the permanent secretary also pledged the continuous support of the FCTA to security agencies in Abuja with the provision of logistic assistance for their operations.

Also speaking, the FCT Commissioner of Police, Bala Ciroma, said there has been a significant improvement in security in the FCT, attributing it to a renewed synergy among security agencies.

“There is a lot of synergy among the security agencies and we realized that no agency can do it alone. Therefore, we came together and mapped out strategies that will help nip crime in the bud in the FCT and this has been the basis of our success”, said Ciroma.

Speaking on infrastructure and traffic regulations, the Executive Secretary, Federal Capital Development Authority, FCDA, Engr. Umar Gambo Jibrin said, everything was being done to ensure that the infrastructure provided in the city met international standards.

He added that “Everything is done according to standards with the requisite furniture and other directional requirements and warnings that will guide traffic movement, such that any violator knows ab initio that he is violating, and once apprehended, will be taken up as the law provides”.