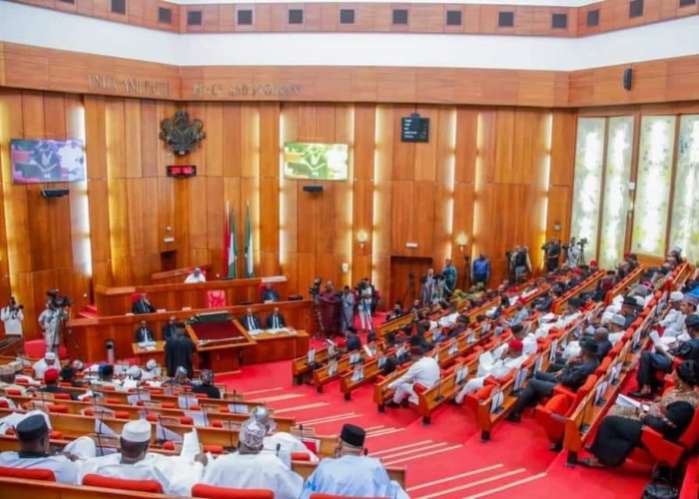 The Senate has advised President Muhammadu Buhari to reconstitute the management of Federal Character Commission (FCC) which has been without a substantive management since 2018.

The resolution of Senate followed the adoption of a motion brought by Sen. Enyinnaya Abaribe (PDP – Abia) on the “Urgent Need to -reconstitute the Federal Character Commission (FCC)” on Tuesday.

Abaribe, having brought the motion under Order 42 and 52 of the Senate rule said:

“Notes that pursuant to Act No.343,1996 and Section 153 of the 1999 Constitution as amended provided for the establishment of the FCC.”

He said the law stipulated the establishment, membership and tenure of office of the chairman and members of the commission.

According to him, Section 3, Sub Section 1 of the act states that the chairman and members of the commission shall hold office for a period of five years in the first instance.

“The act also provides for a further term of five years on such terms and conditions as may be specified in their letters of appointment of the members,” he said.

He, however, noted that the tenure of FCC members had lapsed since 2018, adding that it was against the act establishing the FCC.

He said since 2018, the FCC had been run by an Acting Chairman, who has now become a sole administrator.

According to Abaribe, no provisions of the act or the constitution stipulates for a sole administrator or an acting chairman for FCC.

He said the FCC had been a tool for unity, equitable formula for distribution and good governance of the nation.

He said failure to reconstitute the commission amounts to a constitutional breach of the act establishing the FCC.

Contributing, Senate Deputy Chief Whip Sabi Abdullahi (APC-Niger) who seconded the motion said the role of the FCC was too important to be left in a vacuum.

According to Abdullahi, FCC must be given the attention it deserves and that unemployment has been an issue in the country which FCC would help in addressing .

He said if the FCC management was constituted, it would help ensure equitable sharing of vacancies in government establishments where it might exist for Nigerians to benefit.

President of Senate Ahmad Lawan in his remark on the motion said the FCC was one of the national tools designed to ensure equity in the 36 states of the federation and the Federal Capital Territory (FCT).

He said with the Senate resolution, the executive would expedite action by reconstituting the management of FCC.

Earlier, the Senate at plenary, considered for first reading of five bills.

The bills are Raw Materials Research and Development Council Bill, 2020 sponsored by Sen. Abdullahi Yahaya (APC Kebbi) and 199 Constitution of the Federal Republic of Nigeria Alteration Bill 2020 by Sen. Omo-Agege Ovie (APC Delta), among others.