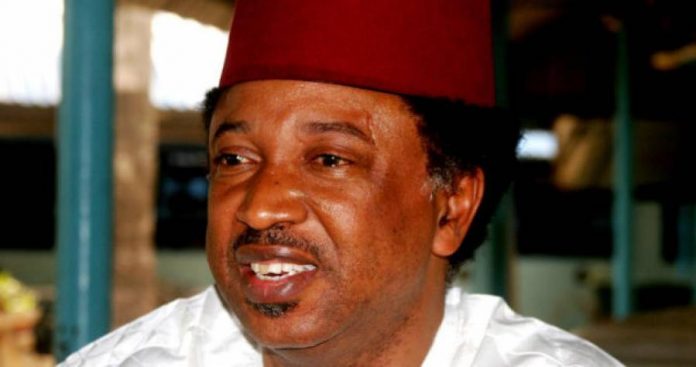 The drama over the $24,000 allegedly extorted from a businessman continued on Monday with the suspect, Senator Shehu Sani, refusing to take a lie detector test.

Sani said he preferred to swear by the Holy Qur’an than subjecting himself to Polygraph, which can detect if he lied on oath.

Also, the Chairman and Chief Executive Officer of ASD Motors, Sani Dauda, who is the complainant, has not withdrawn his petition against the Senator.

Dauda, who has been under pressure to withdraw his petition, will appear tomorrow before the EFCC investigation team. Both Sani and his wife might undergo polygraph tomorrow.

It was learnt that the senator was moved out of his detention cell on Monday to the Polygraph Clinic in the Economic and Financial Crimes Commission (EFCC) annex in Wuse 2, Abuja.

But upon reaching the polygraph machine, the senator said he would not subject himself to a “lie detector test”.

He was quoted as saying: “I won’t take the test; I do not trust the machine. I am not sure whether or not the machine is working well. Instead of polygraph, give me the Holy Qur’an to swear with.”

It was learnt that EFCC detectives later asked Senator Sani to “put his resistance in a statement on oath for record purposes”.

A highly-placed source said: “Following his refusal, our detectives did not force him to go through the test.

“But they asked him to write a statement on his refusal to undergo polygraph because he had earlier sworn by his grave but he has not been straightforward.”

There were indications last night that the test might be administered tomorrow on the accuser, Chairman and Chief Executive Officer of ASD Motors, Alhaji Sani Dauda, and his wife.

The source added: “Mrs. Dauda was expected to be interrogated on Monday (yesterday) but she was slightly indisposed. The complainant got in touch with us and promised to come with his wife on Wednesday.

“So far, Dauda has not withdrawn his petition against Senator Sani because he told our team that he was sure of his facts.

“On his part, Sani said he did not extort any money from Dauda. The job of the investigators is to get to the root of transactions between the accuser and the accused. We will crack this case.”

The Chief Justice of Nigeria, Justice Ibrahim Tank Mohammed, on Sunday, demanded a thorough probe into the alleged extortion.

Dauda, in his petition, gave graphic details of how Shehu Sani allegedly met him four times to pester him to part with the $24,000 (N8.6 million).

He said: “On November 14, 2019, Senator Shehu Sani came to my residence in Kaduna State to sympathise with me with regard to a case that happened.

“After few days, he came back to meet me again on November 19, 2019 in the night in my Abuja residence and told me that he had spoken to the Chief Justice of Nigeria regarding my case with one Abubakar and mentioned that the CJN was unhappy.

“He added that the CJN said Abubakar had some pending cases with the EFCC and that he would instruct EFCC to bring up the cases.

“Senator Shehu Sani further told me that the CJN had told four judges not to look into any case related to my case, which Abubakar brought to them.”

“When he left my house, he called back, saying that I should give N1 million each to the four judges and another N1 million for the EFCC officials.

“On November 20, 2019, Senator Shehu Sani came back to my residence in Abuja to collect N5,000.000.00 in equivalent of dollars for the four judges and EFCC officials.”