Musa Wada: Why I cannot accept outcome of Kogi election 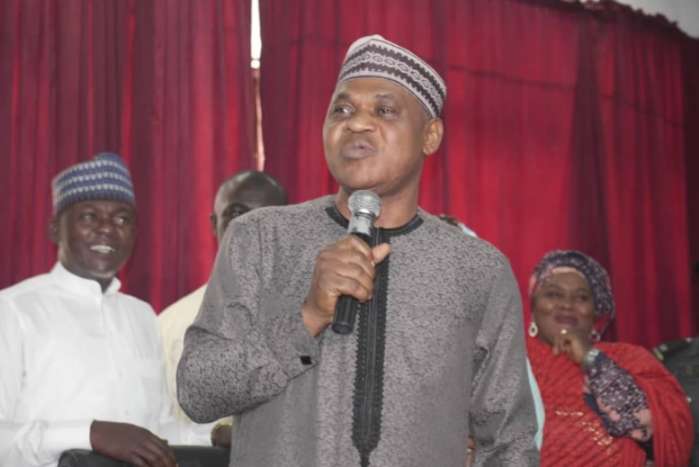 Engr. Musa Wada, the candidate of the People’s Democratic Party (PDP) in the Nov. 16th Kogi State Governorship Election has rejected result of the election citing gross violations of the electoral process. Musa made this known in Lokoja today during a media parley.

The PDP candidate disowned an earlier statement in which he ostensibly conceded defeat.

Among other issues, Wada claimed the election witnessed violence, ballot box snatching and undue manipulation in a conspiracy by the trio of All Progressives Congress, APC, INEC and the security agencies.

He said results declared by INEC did not reflect what happened on the field and that he would consult his lawyers for a proper appraisal of the situation.

He accused INEC of conniving with Governor Yahaya Bello to write “fake results which do not reflect the wish of the people.

Wada cited the result of Okene Local Government as an example of the manipulation. He claimed that the 112,000 votes declared for the APC is inflated noting that since the return of democracy in 1999 the Local Government has never recorded above 40,000 votes in any election.

“This is a sad day in our state. You can see that Lokoja is a like a graveyard because people are u happy with what INEC is doing. Do you see anybody celebrating? Lokoja does not look like a place where election has just been won. This is rape of the wish of the people. If this what democracy is all about then we have not started. We will not allow this to stand,” he said.

Wada alleged that ballot boxes were snatched at gunpoint in several polling units while in others INEC staff were forced to sign new results.