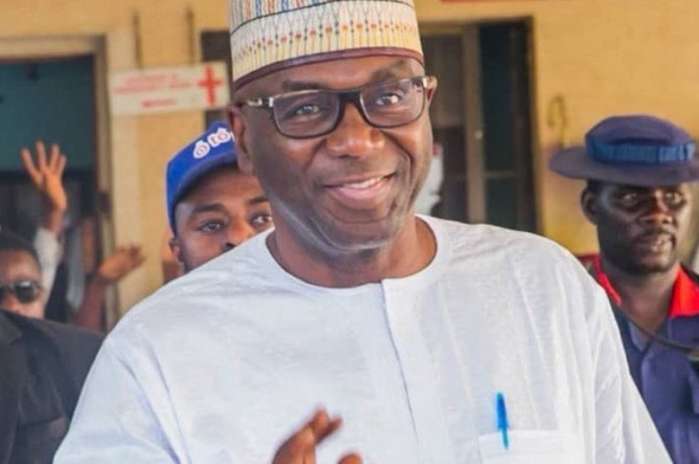 Kwara State Governor AbdulRahman AbdulRazaq on Thursday called for adequate preparation for Nigeria to survive in the post-oil years, which he said could be nearer than expected, calling for better attention to technical education, agriculture and enterprise.

“The whole world is preparing for post-oil years and this means we must consciously wean ourselves off the unhelpful addiction to the oil wealth. We must promote skills acquisition, agribusiness, and enterprise,” AbdulRazaq said at the 26th Convocation Ceremony of the Kwara State Polytechnic in Ilorin, the state capital.

The Governor who was represented at the event by the Secretary to the State Government, Prof. Mamman Saba Jibril, described as lacking depth earlier suggestions that Nigeria should scrap polytechnic education, saying the coming post oil years open the window for institutions offering technical education to redirect the country to the path of sustainable growth and self-reliance.

“Kwara under us will promote agribusiness, skills acquisition, private initiatives and local technological inventions,” he said, adding that “Among other plans, the ongoing process to renovate the Kwara State Library, equip it with fast internet facilities for e-learning, and make it the launchpad for our innovation hub is a step in this direction and we will follow it through, God willing. We will support technological inventions, especially from our own institutions, that would help to strengthen our agricultural value chain.

“This message is for the Kwara State Polytechnic and other technical institutions as it is for the lucky graduands. Dear graduands, I want you to imagine a future without petrol dollars or a future where robots would take over most of the jobs now handled by humans. This is why the entrepreneurial and technical skills you are taught here are very important.

“We are headed to a time when the 9-5 job cycle will either go out of fashion or would not be able to meet the challenges of the 21st century. So, I appeal to you to buckle down as you get set to face the world outside of the four walls of your schools. I urge you to consider becoming job providers rather than job seekers.”

Speaking earlier at the official swearing in of the National Youth Service Corps 2019 Batch C (Stream I) Orientation Course in Yikpata in Edu Local Government Area of the State, AbdulRazaq called on the youth corps members to ensure adherence to rules at the camp and pay good attention to all the entrepreneurial trainings being offered.

Represented by the Deputy Governor, Kayode Alabi, the Governor also urged them to reflect over the objectives of the mandatory one year national service which began some 46 years ago.

“Our new administration in Kwara State is not unaware of the many infrastructural deficits here on your camp. I personally visited this camp in June this year, barely a month after my assumption of office, to assess things by myself. I was thoroughly embarrassed by what I saw.

“The donation of some items — including new bed bunks, mattresses, and consumables — that followed shows our commitment to do things differently to make you a lot more comfortable and safe. We’ll also consider making some provisions in the coming fiscal year to make this place more habitable for the programme.”