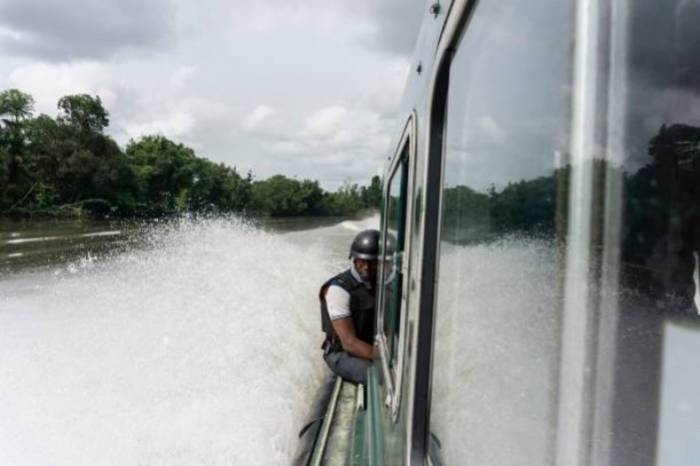 The Nigerian Navy, Forward Operating Base, Ibaka in Mbo local government area of Akwa Ibom State, said it arrested a total of 54 suspects and seized a total of 3,378 bags of smuggled rice from the suspects in the month of October 2019.

The command said the smuggled rice worth about fifty-seven million, four hundred and twenty-six thousand naira (57,426,000) were seized alongside 14 wooden boats within the period.

Commanding Officer, FOB, Capt. Peter Yilme spoke yesterday in Ibaka while handing over 389 and 261 bags of 50kg rice, as well as 8 suspects and 2 wooden boats from the Republic of Cameroon, that were arrested on October 27 and October 29 respectively to the Nigeria Customs Service (NCS).

Yilme who was represented by the Base Operations Officer, Lieutenant Commander Kabiru Yusuf, said the smugglers from Cameroon were arrested around Parrot Island along Calabar Channel and Effiat waters ways during a routine patrol by Nigerian Navy gunboats.

He said the command will remain steadfast in fighting illegalities on the waterways, and especially going after persons who continue to engage in rice smuggling despite the Federal Government’s directives against the importation of foreign rice.

While handing over the suspects and seized items he said, “The Nigerian Navy, Forward Operating Base, Ibaka hereby hands over two medium sized wooden boats laden with 389 and 261 bags of rice arrested at Parrot Island to the Nigeria Customs Service.

Receiving the 8 suspects, 650 bags of rice and two wooden boats from the Nigerian Navy, Deputy Superintendent of NCS, Alabi Adedokun commended the Navy for the cooperation and for their unrelenting efforts.