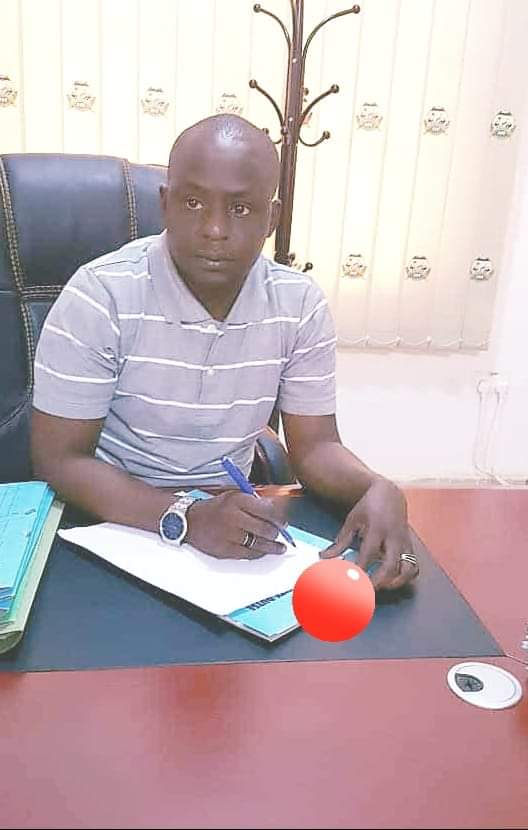 Muhammad Sanusi Said Kiru (Majidadin Kiru), popularly called by us with Dan Kiru has been in the social media news throughout the week and this is because there is leaked news that he is among the about 21 nominees for the position of Commissioners of Kano State that undergone security screening. Most of the social media news were congratulatory and encomium to and of the person of Sanusi Kiru. I was kinda of caught between happiness and surprise. Happiness in the sense that this is my childhood ally (in all aspects) that is being celebrated simply because of a filtered information, and surprise in the sense that, is Sanusi Majidadi really love this much? Or is it the usual Nigerians’ way of when you get a position they will encircled you, most of the times to such an extent that your vision of the real lovers will be blocked? But whatever it is he was and is still being celebrated as that nominee that may make the difference in this somehow unstable government of our State.

Majidadi, as he is now mostly referred as, is the kind of person that any boss will want work with. If you are disagreement with this, please ask of his any former or present boss. He can transform to anything that his boss want him to in order to protect the interest of the boss and the system at large, in most cases. I think among all his childhood allies and friends, I knew him enough to write a book about him. It was for this reason that, when he was turban as the Majidadin Kiru by the then Hakimin Kiru, when we (friends and family) escorted him to their main house of late Makaman Kiru in Kiru, Alhaji Said Kiru, the father of Sanusi after his turbaning at the palace, I was the first person that he turban as Garkuwan Majidadi – and the paraphernalia of turbaning were done and we happily laughed, joked and left Kiru very elated that joyous evening. We are that close.

We connected with Dan Kiru in the year 1987 in Dawakin Tofa Science Secondary school (now Science College), and since that connection, our relationship is just waxing stronger every minute. I am talking about 32 years now. Just think of it! Anybody that knows Dan Kiru will tell you his or her different encounter with him, but as for me, I can put all the encounters together in one and can tell, who is Dan Kiru!
But that’s for the Book.

For the purpose of this write-up, I want to say boldly that THIS SMALL FIGURE YOU SEE IN THIS PICTURE IS A VERY HARDWORKING INDIVIDUAL WITH A VERY LARGE HEART THAT WAS ABLE TO ACCOMMODATE DIFFERENT TYPES OF PRESSURES, INDIVIDUALS AND OPINIONS AND AM SURE WILL STILL BE ABLE TO ACCOMMODATE MUCH MORE. Dan Kiru has demonstrated this capacity through the various union and national assignments that he was and is still engaged in.

I will leave his secondary school struggle.
Majidadi is a graduate of Bayero University Kano, from the Department of Geography under the Faculty of Science. When we were in the University he was the Auditor General of the then Kano State Students Association, BUK branch when I was the President in 94/95, after which we moved to BUK Students Union Government and I served as Food Director. He was a great motivator for both posts, he always hold his PEN, he can write easily and intelligently. That was the beginning of this journey even though he was actively involved in the Politics of his Local government, Kiru, since that time.

After graduation, the struggle for survival continued, he worked at various organizations from Kano to Abuja before he finally became the SA to the pioneer Registrar of the Federal University Dutse Mal Yusuf Adamu, which later on he became the Deputy Registrar and he is currently the Academic Secretary of the University.

In terms of political engagements and involvement, like I said earlier, he was very active in the Kiru politics right from his secondary school days. He had at many times been a nightmare to so many Kiru local government Chairmen because of his ability to use his ever ready PEN, until when he was old and strong enough to contest for a political position. He has been contesting for the Federal House of Representative seat of Kiru/Bebeji Federal constituency, but as God will have it, it seems that it is still not the right time for him to be on that seat, I have hope that at the right time he will serve his people diligently and with great commitment that he is known for.

The news of his nomination to serve as one of the members of the Kano State Executive Council did not came to me as a surprise when he broke it to me about a week ago, no, because I just know that a ROUND PEG IS ABOUT TO BE PUT IN A ROUND HOLE. And I know whichever ministry Dan Kiru will be given, he is first of all, up-to the task and he will definitely make it lovely, lively and very functional.

My only prayers for my ages ally, is May almighty Allah give him all the assistance he needs to do the right thing and serve the State diligently, Amin ya rabbi.

My dear brotherly friend, I will insha Allah Congratulate to you when you successfully deliver what we expect you to deliver at the end of your stewardship, if Allah keep us alive to that time, insha Allah.

For now I will say MAY ALMIGHTY ALLAH BE WITH YOu FROM THE BEGINNING TO THE END, AMIN YA RABBIL ALAMIN.