ESE ORURU AND THE KANO 9: WHY ARE THE VOICES SILENT? 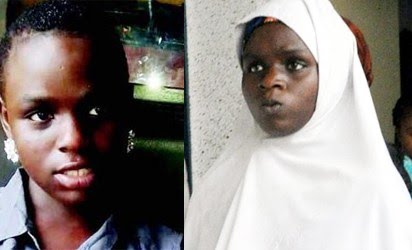 If we can recall sometimes last 2 years, there was a case of a girl called Ese Oruru from Bayelsa State, who eloped with her boyfriend to the hometown of the boy in Kura local government of Kano State, the girl was about 19 years old then and was pregnant for her boyfriend also. The Kano born boy was popularly called ‘Yellow’. The girl decided to change her religion from Christianity to her boyfriend’s religion which is Islam, out of her love for her boyfriend, but that was her greatest mistake and offence, which was transferred to her innocent boyfriend. I could recall, Hell was let loose, a simple case of love affairs involving 2 teenagers and despite the efforts of HRH SLS, the emir of Kano, to address the issue, but to no avail because nearly all the media houses, civil society organisations, human rights activists, CAN and even some political leaders went on rampage insinuating grand design by Nigerian Muslims to convert their girls through abduction and forceful conversion to Islam.

All these voices sustained their campaign until they made sure that the helpless boy aka Yellow was jailed. Later on I think Ese Oruru was put to bed of a bouncing healthy child. The rest is now history.

The point I am trying to make here is that all those voices that were very loud during the Ese saga, a girl that willingly wanted to convert to Islam without changing her name are now dead silent on a more terrible and sensitive case. Remember, like I said, Ese was about 19 years then, an age good enough to decide her fate and she was not stole from her parent, she willingly eloped with her boyfriend, but her parent changed the story and Yellow ended up in jail.
Now we are talking about 9 innocent children all between the ages of 2 to 10 years, STOLE FROM THEIR PARENTS, TAKEN TO ONITSHA IN ANAMBARA STATE, RENAMED AND CONVERTED TO CHRISTIANITY WITHOUT THEIR WISHES, BUT YET ALL THE NOISEMAKERS COULD NOT FINE THEIR VOICES. WHAT TYPE OF HYPOCRISY IS THIS?

Where are all the media houses that are good at spreading even a less sensitive case than this?
Where are all the civil society organisations that are good at echoing even a less important case compared to this?
What of all the Human Rights activists that claim to be protecting the rights of the citizens?
Where are those political leaders from the North that want to at least make names?
I will not ask of CAN, because of the obvious reason that they are now happy because their followers have increased, but I would rather ask of those Muslims organizations that seem to be quiet in the face of this deadly case for the Muslim ummah.
Should the North and Northerners be this simply intimidated into keeping silence just because our own is at the helm of affairs?
Where is the Kano State government? This is the type case that you need to champion to which all us will support and rally around irrespective of political interest, because the innocent children stolen do not even understand what politics is, they are Kano children from Muslims parents that are stolen and converted to Christianity unknown to them, as such we must stand-up for them. Their State government must protect the rights and them s well, and this protection must be visible. This is beyond politics, but it is a matter of FORCEFUL CONVERSION TO A RELIGION WITHOUT CONSENT, IT IS A MATTER OF LIFE.

THIS HYPOCRISY OF SILENCE MUST BE UNDERSTOOD AND REVEALED FOR ALL OF EVERYONE TO SEE.

It so sad that the Northerners are being intimidated, beaten to shape and made to feel guilty of all our country’s woes, simply because our own is at helm of affairs. This is unacceptable!

THIS DANGEROUS SYNDICATE MUST BE UPROOTED COMPLETELY, AND ALL THE CULPRITS MUST BE SEVERELY PUNISHED TO THE GLARE AMD KNOWLEDGE OF EVERYONE.

ESE ORURU’S CASE IS OUR CASE STUDY!
May almighty Allah save Us from Us, Amin.