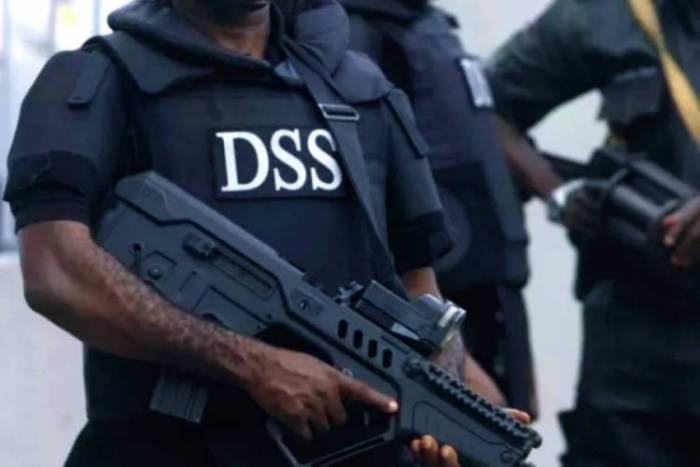 The Department of State Services (DSS) said it disarmed Faisal Maina, 20, son of the former chairman, Pension Reform Task Team (PRTT), Abdulrasheed Maina, before arresting him and his father.

The Public Relations Officer (PRO) of the service, Dr. Peter Afunanya, disclosed this in a statement on Wednesday in Abuja.

He said the suspects were arrested on September 30 at a hotel in Abuja during a combined operation.

Afunanya said the arrest followed a request by the Economic and Financial Crimes Commission (EFCC) to assist in the apprehension of the suspects.

“Maina was arrested in company of his 20-year-old son, Faisal Abdulrasheed Maina, who unsuccessfully tried to resist arrest.

“The lad even pulled a pistol against the security agents involved in the operation.

“Faisal, a final year student at the Canadian University of Dubai, studying Telecoms Engineering was, however, disarmed and arrested,” he said.

According to him, items recovered from the suspects include a pistol with live ammunition, a bullet proof Range Rover SUV, a BMW saloon car, foreign currencies, a phantom 7 drone and sensitive documents.

Afunanya said suspects and the recovered items would be handed over to the EFCC for further investigations.

He said the operation was a result of renewed interagency collaboration among security and law enforcement agencies.

The PRO said the service had always subscribed to such collaboration, which was important in national security management.

He said the collaboration would be sustained to mitigate the current threats against public safety and national critical assets.