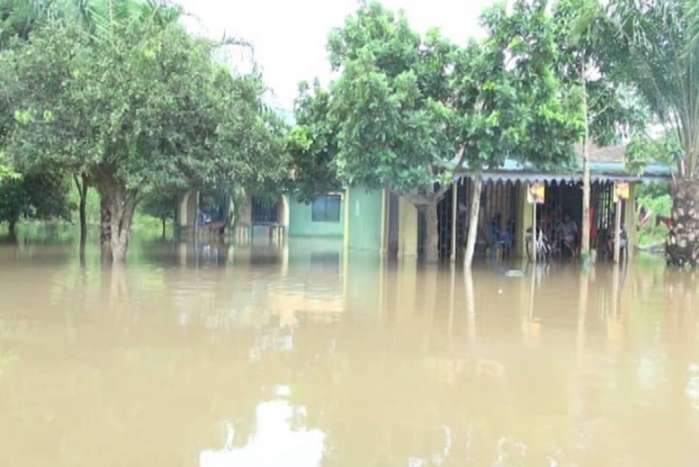 Communities affected by the flooding in the local government are: Jumbam, koriyel and Garga.

Though no life was reported to have been lost, the disaster had rendered many families homeless.

Meanwhile, Yobe State Governor, Mai Mala Buni on Friday visited Jumbam, the worst hit community to assess and sympathise with the victims of the disaster.

Represented by his Deputy, Idi Barde Guban, the Governor said he had since directed State Emergency Management Agency (SEMA) to provide all necessary humanitarian assistance to the affected victims.

“Yobe State Government is committed to providing shelter and conducive environment for human habitation in all the affected communities”, Buni said.

Briefing the Governor earlier, the Chairman of Tarmuwa Local Government Area, Abubakar Gidado, explained that the last flood experienced in area was around 1956.

On his part, the Emir of Jajere Alhaji Mai Hamza Ibn Buba Mashio told the visiting governor that the heavy downpour had affected many farmlands, while many houses had been completely destroyed.

It was gathered that so far, flood had ravaged many villages in 13 out of the 17 local government areas of the state.

Yobe state is among the states predicted by the Nigeria Meteorological Agency (NIMET) to experience flooding, in its annual flood prediction for the 2019 raining season.