PMB’s 2nd COMING: THE NORTH MUST PUT ITS ACT TOGETHER 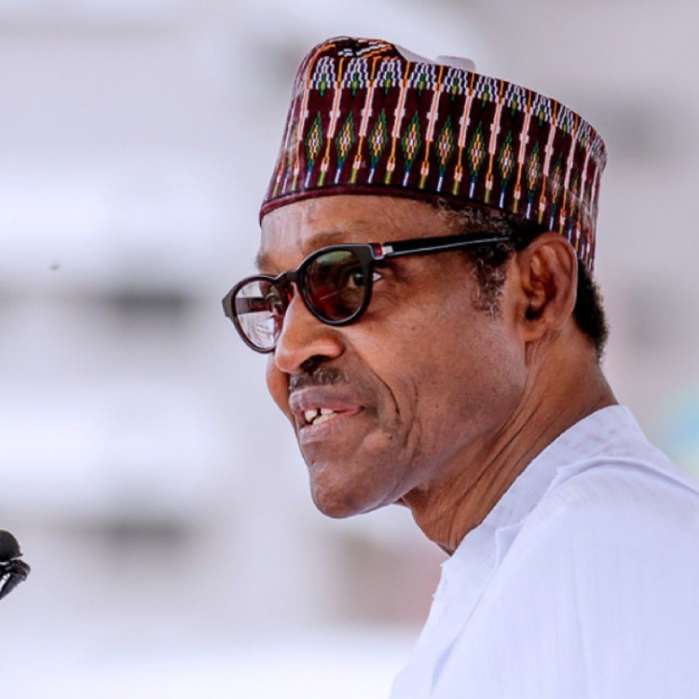 It is saddening to notice that for the last four years instead of the Northerners to be at the forefront of pushing for the development of their region, we ended up blaming and accusing one another or blaming the people in government more especially the person at the helm of affairs.
I think we are so much separated to make a meaningful and collective thinking for a better North.

The North as an entity comprise of what is now three geopolitical zones, Northwest, Northeast and Northcentral, in terms of population and size it is the largest in the country. In terms of political leadership contributions it always gives the highest number of votes, and this remains so since the return of the democracy. At one time, the most influential and powerful Vice President was from the North, but yet with all these, in terms of developments, the region as at today is the most backward. The question is what went wrong or what is wrong?
Is it from the elites of the region? Or from the people of the region? Or the governments in power? Or better still, is it from the people of the regions?
Whatever the answers to these questions are, we must accept and agree that something is fundamentally wrong with the region or the people of the region. So the earlier we find what it is, the better for the region in particular and for the country in general.

It is an established fact that the North contributed more than 73% of the votes that brought the present government at the center to power in this 2019 presidential elections. And so also in the 2015 elections, it was the same thing if not more, but the cry was and still is, why is it that the North is not benefiting for the labor of their hard work?
If this is true, then where does the problem lies?

Yes! Where does the problem lies? This is the one million naira question that we must collectively answer.

You will agree with me when I say the elites of any region or society play a very vital role in shaping and giving a direction to the people of that region or society. That is to say if the elites are are not well, the society will never know how to smoothly move or progress. With this I want to say the so called elites of the North are mostly bunch of selfish and self-centered individuals that care only for themselves, themselves and themselves, .sorry if I am a bit harsh, but this is just the sad reality with our region.

Our elites since time immemorial could not understand their differences and work together for the betterment of the whole region, but on the contrary they are so divided in the pursuit of their individual and self-serving needs, and that is why the North seems to have everything, but yet lack everything.

An average Northerner is of the opinion that this government has concentrated in the Southwest in terms of big capital projects despite the fact that North contributed more in terms of giving votes to it. We must ask ourselves question like what is the Southwest doing that we are not doing?

I believe we must come together as a region, put our heads together, think together and pursue a common goal for the betterment of the region and the country as a whole, but this feat cannot be achieved without a LEADERSHIP. Yes! A LEADERSHIP!
We need a purposeful, selfless and focused leadership in our region. Our selfish elites must understand this, and the earlier the better. Even though I believe we all know this, but because they cannot trust themselves and work together, that’s why they resorted to dividing our ranks and files, and use us to fight or settle scores between themselves and any seeming opposition. We are not divided because of lack of development, no, we are divided because that is what they want and how they want us to be. If common Northerners will come together and think of a common goal to pursue, it will be the best for the region, but they will not be allowed to do that because of the confusion put within our midst, and they (the elites) will still be the one instigating us against the perceived enemies if their interests is not catered for, mostly in government. So sad!

The Southwest that we so much envy and complain about are far better up than us because they found a political leadership in Asiwaju Bola Tinubu with a very minimal opposition, I am sorry to say this but it is the fact, and that’s why they are where they are now. And I stand to be corrected, Bola Tinubu has carried that responsibility quite well by giving a kind of selfless leadership even if to say on out side, because as it is now he (Tinubu) has strategically placed, what we can call his boys and loyalists in very sensitive positions in the current Federal government and they doing exactly what they suppose to do, leaving us to make the noises and complains. He is also in full control of his State and more than 70% in control of his region.
I want you to tell me one Northerner, since the demise of late Sardauna, that is able to achieve this feat. I have no doubt if late Sardauna is to come back and see the North of today, he may not wish to stay for more than a minute without wishing to die.

If noise is what we will continue to make, then I am sorry for all of us, because we will continue to retrogress than progress while the other regions will continue to develop at our own expense. The earlier we put our acts together, the better. WE LACK LEADERSHIP, THAT ONE WE MUST ACCEPT AND WORK ON FOR US TO PROGRESS. We must stop the noises and start acting, if the old elites cannot do it, then let us create some within us and start working towards a better placed North for all of us and our country.
If we cannot come together, think together and pursue our common goal together, then we must as well stop making the noises that WE GAVE THE MOST VOTES, BUT YET WE GOT THE LEAST CAPITAL PROJECTS. IT IS TIME TO THINK OUTSIDE THE BOX.

We must understand that even President Muhammadu Buhari is from the North, he was sworn as the President of the Federal Republic of Nigeria, the whole Nigeria, anf not any any region, so we must understand the heavy weight he swore to carry on his shoulders, if we will not help me discharge that, then we must not compound his problems. We must all do our part and break this vicious cycle that is slowly and dangerously engulfing all of us.
A stitch in time saves many.

The federal government has directed that contracts below N5 billion will no longer be awarded to foreign firms. This...
Read more
News