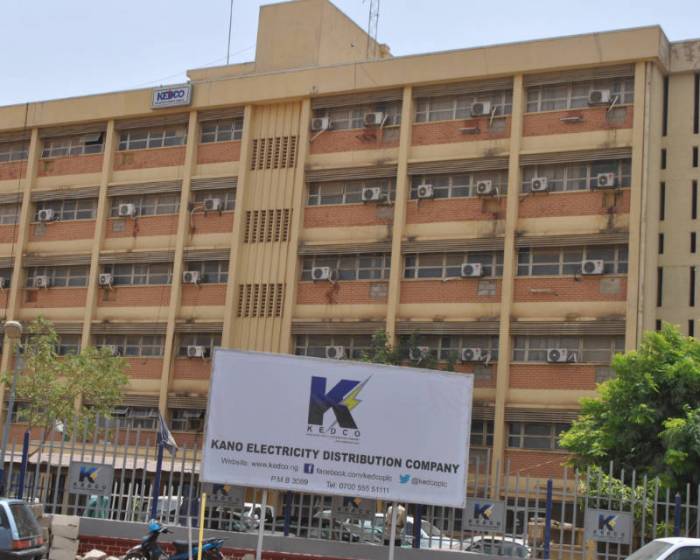 An end to the erratic power supply in Nigeria is far from sight. Reason: Nigeria’s power sector losses have risen to N332.4 billion due to insufficient gas supply, distribution and transmission infrastructure between January and July, 2019.

This indicates an increase of 18 per cent, when juxtaposed with the N282.3 billion recorded in the corresponding period of 2018, due mainly to similar factors, according to a compilation of figures obtained from the Office of Vice President Yemi Osinbajo, yesterday.

This emerged on a day immediate past Minister of Power, Works and Housing, Mr. Babatunde Raji Fashola, SAN, said there was urgent need for Nigeria to float a N10 trillion bond for critical infrastructure in the country.

He said the Bond would address the nation’s infrastructural deficit, adding that there was need to cash-back the budget to fund critical projects.

One of the authoritative reports on the parlous state of power supply stated: “On July 28 2019, average energy sent out was 3,588 MWH/Hour (down by 237.73 MWH/Hour from the previous day). 1,405 MW was not generated due to unavailability of gas, while 2,153.6 MW was not generated due to high frequency resulting from unavailability of distribution infrastructure. 0 MW was recorded as losses due to water management.

“The power sector lost an estimated N1, 708,000,000 on July 28, 2019, due to constraints from insufficient gas supply, distribution and transmission infrastructure.

“The dominant constraint on July 28, 2019, was due to high frequency resulting from unavailability of distribution infrastructure, constraining a total of 2,153.60 MW from being available on the grid.”

In a message to newsmen, APGC Executive Secretary, Joy Ogaji, said: “Available generation capability experienced a drop due to various factors such as gas constraints, ongoing maintenance by some gas suppliers and low load demand by distribution companies, which resulted in reduced generation or outage of some power plants.

“Afam Power Plc (Afam VI Gas/Steam), GT12, 13 and ST10 power plants were shut down for a period of about 16 days due to planned maintenance carried out by the gas suppliers on their facilities. Although Afam Power Plc was duly notified about the maintenance, it resulted in a reduction of Afam’s available generation capability from about 490MW to zero.”

Also, in an email to newsmen, the Executive Director of the Association of Nigerian Electricity Distributors, ANED, Mr. Sunday Oduntan, stated: “There are some challenges that need to be tackled by many stakeholders, especially the Federal Government, DISCOs, and gas suppliers.

‘’These include lack of liquidity and energy theft, which culminate in leakages and losses. The vandalism of facilities that occur too often is also a serious problem that leads to huge deficit. No bank would lend you money unless your business is bankable.

“This liquidity crisis is a major threat to the power sector. The revenue shortfalls adversely affect the ability of the DISCOs to make capital investments in metering, network expansion, equipment rehabilitation and replacement that are critical for service delivery.”

The Director-General, Lagos Chamber of Commerce and Industry, Mr. Muda Yusuf, indicated in a telephone interview that the nation’s poor power situation has crippled operations in many sectors of the nation’s economy.

He said investors in many sectors, especially manufacturing, telecoms and agriculture, have been compelled to generate their independent power at higher cost.

Yusuf pointed out that the high cost of generating power has culminated in the high cost of goods and services, making locally produced goods uncompetitive in the global market. This is mainly because Nigerians depend more on generators to generate power at higher cost than on power companies.

In like manner, Mr. Frank Jacobs, President, Manufacturers Association of Nigeria, MAN, said: “It is possible to gauge the loss suffered by manufacturers, arising from paucity of electricity supply and high cost of alternative energy source.

‘’Capacity utilization in the sector has barely been above 50 per cent. This implies that production has been sub-optimal. Production value in the sector was estimated at N8.38 trillion in 2016. Another way of measuring the loss to manufacturers as a result of the challenges of electricity supply is by looking at the huge cost of alternative energy, which was estimated at N129.95 billion in 2016.”

With these, there are strong indications that the realisation of the Federal Government’s 2017-2020 Economic and Recovery Growth Plan, ERGP, has been scuttled because of inadequate and unstable power supply in the country.

The ERGP, a medium-term structural reform to diversify Nigeria’s economy, including expanding power sector infrastructure, was drawn based on the assumption that electricity supply would continue to grow, hitting 10,000 megawatts, MW, by 2020.

Making a case for N10 trillion infrastructure Bond, Fashola, who identified funding as the major issue hampering completion of strategic roads infrastructure and power across the country, said with the Bond, Nigeria could seek to leverage on what he described as the large pool of fund with the ordinary people looking for secured investment.

According to him, the Bond can be issued in tranches and broken up into very small denominations to achieve set goals.

Speaking, yesterday, in Abuja when he appeared before the Senate for screening as a ministerial nominee, Fashola explained that limited budgetary allocation for execution of critical infrastructure had resulted in government borrowing from multilateral corporations to fund the budget.

He said: “I think there are some opportunities and I made this presentation during the last 2019 budget presentation that one of the ways I think is to expand instruments like SUKUK.

“Maybe it won’t be SUKUK this time but I think Nigeria can seek to leverage on the large pool of fund with the ordinary people looking for secured investment. And some of them are not even in the banking sector keeping their cash.

‘’I propose that we should consider something like a N10 trillion infrastructure bond, backed by parliamentary support and secured by the Federal Government with a reasonable coupon issued in tranches each year, as we need to fund infrastructure.

“In my view, if we don’t try this, we wouldn’t know whether it will work. But I am convinced that we can do something along this line based on the interest that I saw in the Sukuk. In the N100billion Sukuk, for example, there were about 286 investors and the instrument was oversubscribed, which meant that there was an appetite for it.”

Fashola also suggested that Nigerians should seek a consensus on project holiday, which would allow government to concentrate on completion of outstanding projects rather than embarking on fresh ones.

“We need to have a consensus on break on projects, let us prioritise projects. Let us pick projects and deliver. We can’t do all the work in four years. Nigeria isn’t yet a rich nation that I think it should be. There is a gap between our needs and financing,” he said.

The former Minister claimed that despite the challenge of funding, his team while in office, had left the power, works and housing sectors better than it met them in 2015, via construction of some critical infrastructure on roads, housing and power, adding that the ministry had secured the release of 720 stranded containers containing transmission equipment.

Fashola said the equipment had been utilised to improve transmission lines across the country and that the ministry made significant efforts on off-grid electricity within the period of his stewardship.

The nominee, who explained that state governments were empowered by the constitution to generate, transmit and distribute power, stressed that there was need for all stakeholders to support the regulators in the ministries to fully enforce the provision of the law in the discharge of their duties.

On roads and housing, Fashola said there were construction, and rehabilitation of roads in the 36 sates of the federation, and that construction of affordable housing projects were ongoing in 34 states, with some completed.

President of the Senate, Senator Ahmad Lawan, in his remarks, said that there was an urgent need to evolve a comprehensive approach to raise fund for critical infrastructure in the country.