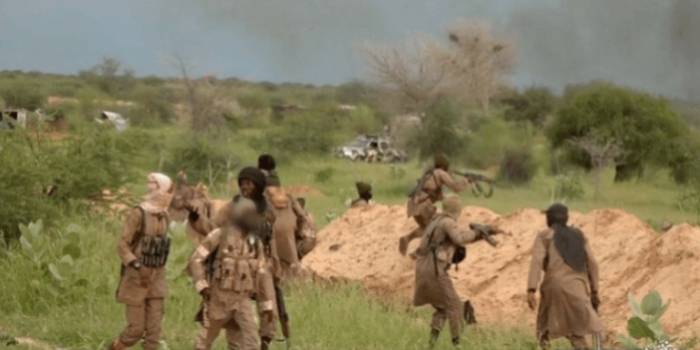 The attack on April 26 occurred at a forward operating base in Mararrabar Kimba, an agrarian community roughly 130 kilometres from Maiduguri, the state capital. The base was manned by the Nigerian Army 254 Task Force Battalion under the 25 Task Force Brigade, a crucial outpost in the ‘Operation Lafiya Dole’.

At least eight soldiers were gravely wounded and heavy military hardware were carted away in the attack, a military source said..

The soldiers put up resistance at the earliest stage of the attack, but most later fled into the bush due to faulty weapons and combat trucks, sources said. The number of missing troops could not be established as of Tuesday morning, but a military source estimated dozens.

It was also unclear whether some of the troops had returned to base, but a search and rescue team had been activated, sources also said.

All the officers killed or wounded in action were evacuated to a military medical facility in Maiduguri on April 27.

“Troops put on heavy resistance but were overpowered by faulty equipment and vehicle breakdowns,” another senior military source said of the incident. The officials declined to be identified because the military was yet to publicly confirm the attack.

The insurgents entered the base in a convoy of 15 gun trucks, officials said. They left with military trucks, binoculars, grenades, assault rifles and ammunition, sources said.

The spokespersons for the Nigerian Army and Defence Headquarters did not answer telephone calls seeking comments Tuesday morning. But a public relation official for the army said the military top brass “was still studying the attack’s aftermath.”

The attack came as the military was celebrating repeated successes against the insurgents.

Scores of Boko Haram fighters had been reportedly killed amidst a military push to drive them out of their remaining strongholds and sleeper cells across Nigeria’s North-east.