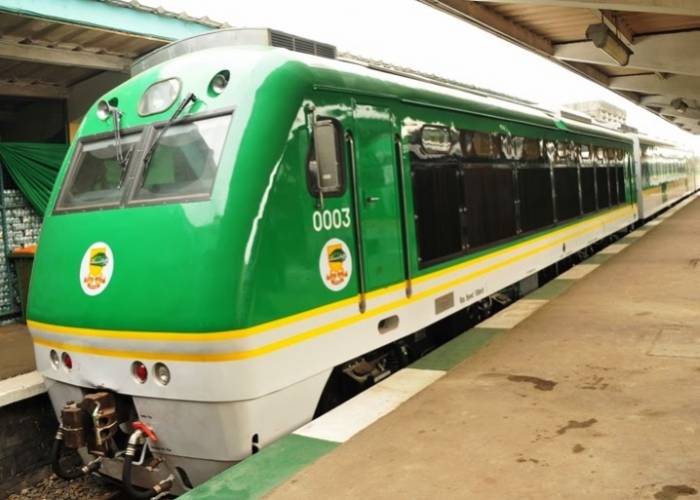 The Federal Government on Thursday said it would increase the number of trains plying the Abuja-Kaduna route to run a train per hour before the end of 2019.

Mr Freeborn Okhiria, Managing Director, Nigerian Railway Corporation (NRC) said this as part of activities of the Belt and Road Initiative’s celebration to mark 1,000 days of smooth operations of the rail system in Nigeria in Abuja.

Okhiria said that the increase in the number of trains was in response to complaints by Nigerians.

“People are complaining that we are not providing enough service.

“We are promising them that we will increase the number of trains we run before the end of the year; we should be able to target one train per hour.

“We have already ordered the coaches and those ones are going to be different from the ones we have.”

The NRC boss also said that the Federal Government had begun creating an e-ticket system to ease the burden of passengers.

“The e-ticket is at an advanced stage. This is a government system and we have to pass through due process.

“As we speak about three companies are in the final stage with ICRC because it is going to involve a lot of money, and we do not have the money to do it.

“We need to have the hardware to make sure we protect our earnings and protect the passengers using the e-ticketing because we have to have a barrier that allows a genuine ticket holder to access the platform and exit the station.

“If we do not put the (proper) system in place electronically, a passenger can buy a ticket to Kubwa and get to Kaduna if care is not taken. So we have to consider all that, and it is being developed.”

He added that the e-ticketing system would also be developed bearing the future in mind.

“We are planning a situation where with an ATM card, you would not need a ticket. We are looking at tomorrow not just today.”

Mr Sabiu Zakari, Permanent Secretary, Ministry of Transportation confirmed that the Federal Government was in the final stages of compliance with the e-ticket system.

“For the ticketing, a number of proposals had come before now but they have to go through the due process, so you can achieve a situation whereby you can sit in your house and buy tickets.

“We are almost in the final stage of the compliances.”

Nnorli also said that passengers that used the train on a daily basis were not less than 3,000.

“Today, we have had our 1.5 million passengers since inception.

“Averagely, we were doing 2,000 (passengers) daily before the crisis of Abuja/Kaduna road. Since the crisis of kidnapping and insecurity, our average passengers have increased to between 2,500 to 3,000.”

He, however, said that the station was not able to meet up with 50 per cent of demands due to the limited amount of trains available.

“Government has awarded contracts for some mini stocks to be provided for the standard gauging rail, Lagos and Ibadan inclusive to Ajaokuta, Warri, Abuja, and Kaduna. It will take a minimum of 12 months.

“If we have rolling stock, we will increase our frequency. If passengers can catch a train every 30 minutes or on an hourly basis, we would not have the need to agitate.

“Last two weeks, more than 170 passengers overpowered my men and entered the train without tickets. I feel their pulse but that does not mean they should take laws in their hands.”

The manager pleaded with Nigerians to be patient with the government and not vent their frustrations on personnel of the train service.

Qian said that the Abuja-Kaduna was the first phase of the Nigerian Railway Mordernisation Project.

“The second phase, Lagos-Ibadan railway, is under construction. In the near future, more modern railways will be built and more Nigerians will enjoy safe, comfortable and convenient travel by rail.”

Mr Li Xuda, Cultural Counsellor, Chinese Embassy in Nigeria, said that the Belt and Road Initiative (BRI) proposed by his government in 2014, offered opportunities for cooperation and development for both countries.

Li, who is also the Director, China Cultural Centre, said Nigeria, as a Belt and Road member, would benefit from the initiative.

“Accelerating the Belt and Road Initiative can help promote economic prosperity and strengthen exchanges and mutual learning between the two countries.”