INCONCLUSIVE: THE NEW TRAGEDY TO OUR DEMOCRACY 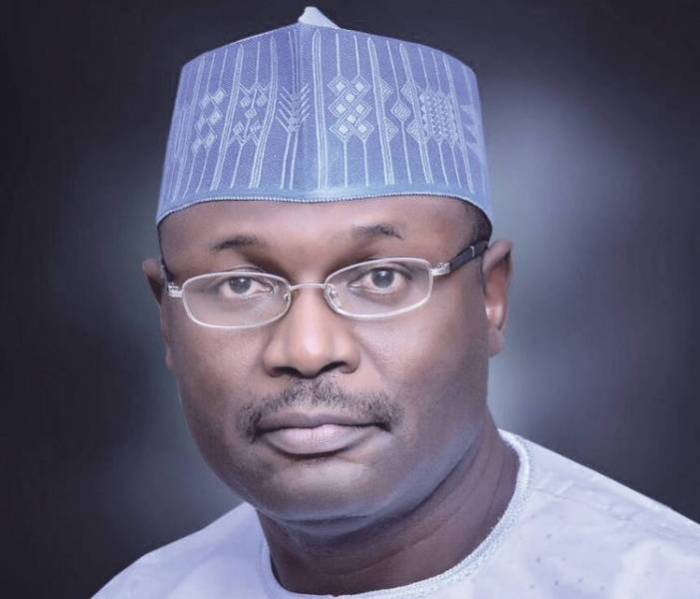 On Saturday, 23rd of March, 2019 there were rerun elections or what some called supplementary elections in about 4 States, all of which were in the North. If I could remember, the States were Sokoto, Bauchi, Kano and Benue States.

Those rerun or supplementary elections were as a result of what the INEC called ‘INCONCLUSIVE’ elections, a very popular phrase in Nigeria’s democracy of today. Some people are even saying it is alien to the democracy, but whatever is said on it, the fact remains that it has brought a serious consequences to our democratic processes and system

According to online dictionary, the word Inconclusive means: not leading to a firm conclusion or result; not ending doubt or dispute.

To put it simply, it means something that is not finished.

But what is inconclusive election in Nigeria?

How do I explain it plainly, so that all can understand?

INCONCLUSIVE according to INEC, happened when the number of cancelled votes is more than the difference of the winning votes, if this happened, then that election is said to be inconclusive. Meaning there must be a rerun or a supplementary election before a winner is declared.

That was what happened in all the 4 States I mentioned above on the Saturday of the 23rd March, 2019. But I will particularly discuss the supplementary election of my State, the Kano State, which influenced the title of my write-up of today. I will discuss what caused the election to be inconclusive and how the rerun became a tragedy in my State in particular and the country in general.

What lead to inconclusive election in Kano state?

During the INEC Gubernatorial election nationwide, Kano was not exception. But a very unfortunate incident happened at the pick of the collation of the results. It was so clear that the opposition party in the State was winning, and the ruling party was so shocked and devastated, and could not understand what really happened, or was happening. There was obvious confusion in the camp of the ruling party, only one or two Local governments were not collated completely then, but the opposition party was leading with more than twenty six thousand votes.

As sad as this shameful act was, it was that single act that instigated the Kano’s INCONCLUSIVE election as declared by INEC later on the following day, and resulted in the Saturday’s 23rd March, 2019 tragic Kano supplementary election. It was tragic because according to reports many souls were lost, and many people were injured as well as many people been scared to hell. The world saw what happened in my State during that INEC supplementary election. Local and foreign media reported it, so also domestic and foreign observers reported how the election in Kano was conducted. Based on the above, I need not say much on this because much was said and documented.

The Tragedy of INCONCLUSIVE:

Sequel to what happened during that rerun election in my State, one can say without mincing words that if what happened on Saturday, 23rd March, 2019, was because the previous election of the State was declared INCONCLUSIVE, then this INCONCLUSIVE is nothing but a Tragedy to our democratic processes and all well meaning Nigerians must stand against it to make sure that it is killed before it kill Nigeria and more Nigerians.

What happened during the rerun:

What really happened towards and during the election was to say the least very unfortunate and extremely scary for our democracy, and it spell doom for us. It was really a new unacceptable thuggery that will remain written in red in the book of history of our democracy.

A night to the rerun of that, what is now referred as the famous inconclusive election, in all the local government areas of which that rerun will hold, hundreds of thugs were imported to those Local government areas, and all of them were distributed to the various polling units that the rerun will hold. The report of this intrusion spread like wildfire during that night, and reports were made to various security agencies, but nothing was done upto to the day of the rerun election.

The Day of the rerun:

You see people were thinking that all these thugs were stationed to scare electorates from the opposition party, so that the ruling party can win, not knowing the worst will happen, and the worst really happened. I said the worst because those STATIONED THUGS TURNED OUT BE THE ELECTORATES FOR THOSE POLLING UNITS THEY WERE STATIONED. THEY DISPLACED THE REAL ELECTORATES OF THOSE PUs AND BECAME THE ELECTORATES THEMSELVES.
This is new to our democracy, even in the rigging aspect. It is new and also dangerous. It is dangerous because if WE ACCEPT THIS, THEN WE ARE NOW SAYING THAT THUGS ARE THE ONE THAT WILL BE DECIDING OUR LEADERS, AS WHAT HAPPENED DURING THE KANO RERUN, THEN I NEED NOT SHOW YOU THE REAL DANGER AHEAD OF US IN THE NEAR FUTURE.
God forbid.

The real tragedy of this INCONCLUSIVE elections is that, from now on any Governor or President if he foresee losing during general elections, he will now make sure that the elections becomes INCONCLUSIVE so that during the rerun or supplementary elections he will use his executive power to collaborate with the affected relevant institutions and do anything possible to make sure that he is returned elected even if lives of those he wants lead will be lost, as what happened in Kano. May Almighty Allah have mercy on us.

I will leave reader with the questions, you can even add more.

I believe the remedy to all these tragic inconclusive elections is TO TOTALLY REJECT IT AND EXPUNGE IT FROM OUR SYSTEM AND OUR BRAINS COMPLETELY.

It is about time we save our democracy from transforming into a monster that we cannot afford to handle. It will be too costly, too expensive, too dangerous and too terrible for us a nation.

DECLARING OUR ELECTIONS INCONCLUSIVE IS A TRAGEDY THAT WE MUST REJECT, IT IS A DANGEROUS ENCROACHMENT TO OUR DEMOCRATIC PROCESSES.
WE MUST CLEARLY AND LOUDLY REJECT IT.

Truth is always a bitter pill.

May Almighty Allah save Us from Us, Amin.