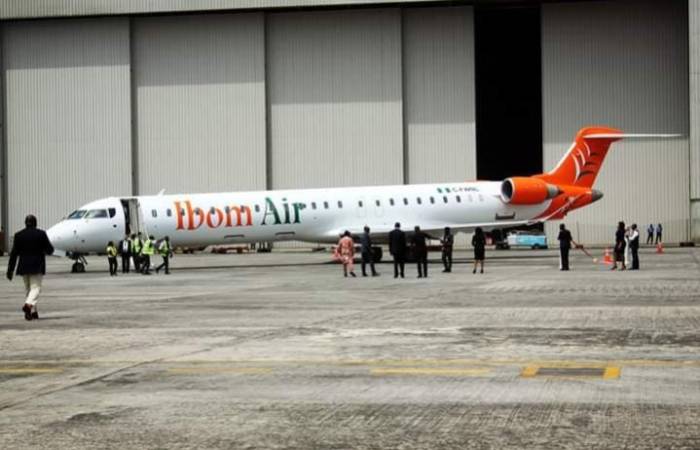 The Akwa Ibom State Government on Wednesday inaugurated its own airline, Ibom Air.

The inauguration, which attracted a large crowd of dignitaries and people from the state, was performed by Nigeria’s Senate president, Bukola Saraki, at the state-owned airport in Uyo.

The airport was recently renamed Victor Attah International Airport, after the second civilian governor of the state.

Attah was present to witness the ceremony, which is seen as a milestone in the history of the 31-year-old oil-rich state.

Two of the aircrafts in the Ibom Air’s fleet touched down at the airport in the afternoon amidst cheers from the excited crowd of onlookers, shortly before Saraki, accompanied by the state governor, Udom Emmanuel, cut the tape to inaugurate the new airline.

Emmanuel, in December last year, hinted that the state was going to launch the airline in order to “lessen the problems currently being encountered by numerous air travellers” to the state.

Airlines doing business in the country complain of poor returns on investments.

“Our dream to open up our state through land, air, and sea will come full cycle,” Emmanuel had said.

The launch of Ibom Air, said to be fully funded by the Akwa Ibom government, is coming about five months after the federal government suspended plan to float a new national carrier, Nigeria Air.

It is unclear for now what plans the Akwa Ibom government has put in place to sustain the airline.

“For the first time in history of not just in Nigeria but in Africa, no state government has owned its own airline and this goes to show the mind-set and the experience of the governor in terms of business,” Gabriel Ukpeh, the chairman, Committee on Foreign Direct Investments (FDI) in the state, said during a radio interview in Uyo.

“Without air travels, investors cannot freely come in (into the state). We have had problems with airlines. Initially, we had three airlines flying into Victor Attah International Airport. But as we speak, it’s just one, which is Air Peace.

“You find investors coming in through Port Harcourt, Calabar, and that shows the vision of the governor. It shows he is serious to make this state become an industrialised state,” Ukpe said.

The Senate president, Saraki, congratulated the governor on the new airline.

“Such projects demonstrate the ingenuity of PDP-led governments, and the commitment of our party to create jobs and encourage commerce across the nation,” the Senate president posted on Facebook.