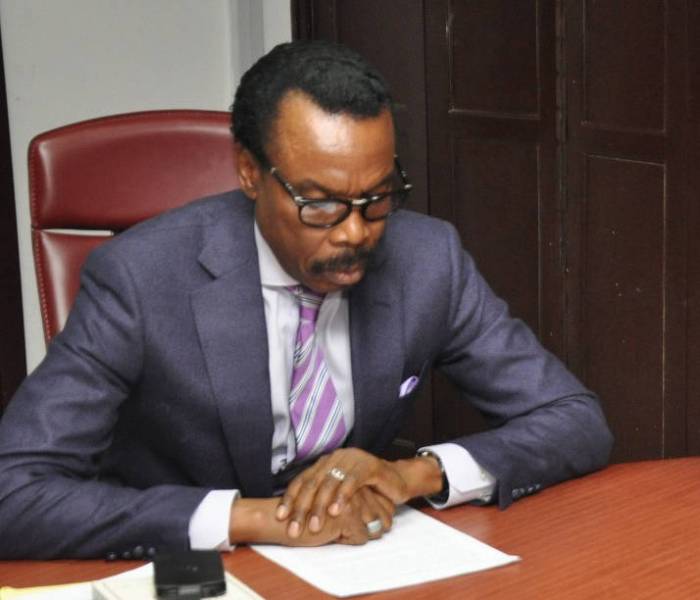 Inaugurating the committee before the commencement of the Federal Executive Council meeting at the Council Chamber of the Presidential Villa Abuja, Buhari said that after the new minimum wage has been passed into law, government will go into negotiations for salary review for all the workers who are already earning above the new minimum wage.

According to him, it was important to properly prepare the minds of those involved so that they will not be taken unawares when the time comes.

Pointing out that the last time Nigeria’s national minimum wage was reviewed was in 2011, he said that it was evident that a review was necessary, despite the prevailing fiscal challenges.

He said “This is why I constituted the Tripartite Committee of Government, Organized Private Sector and Labour to consider the National Minimum Wage and make recommendations to Government for its upward review.

“That Committee has since submitted its report with some recommendations. We are currently working on the final steps that will lead to the submission of a National Minimum Wage Amendment Bill to the National Assembly.

“I want to make it clear that there is no question about whether the National Minimum Wage will be reviewed upwards. I am committed to a review of the Minimum Wage.

“Also, it is important to explain that even though the subject of a National Minimum Wage is in the Exclusive Legislative List, we have been meeting with the State Governors because it is imperative that the Federal Government carries the State Governments along in determining any upward review of the minimum wage for workers.

“This is especially necessary considering the prevailing public sector revenue challenges, which have made it extremely difficult for some of the governments to pay workers as and when due.

“As you know we, at the Federal level, have made adequate provision for the increase in the Minimum Wage in our 2019 Budget proposals which we submitted to the National Assembly. Therefore, we will be able to meet the additional costs that will be incurred in moving up all personnel who are currently earning below the new minimum wage.

“However, we anticipate that after the new minimum wage has been passed into law we will be going into negotiations for salary review for all the workers who are already earning above the new minimum wage. It is therefore important that we are properly prepared to meet these demands.

“We must therefore look at ways of implementing these consequential wage adjustments in a manner that does not have adverse effects on our national development plans, as laid out in the Economic Recovery and Growth Plan (ERGP). The ERGP sets appropriate targets for levels of Capital Expenditure, Public Debt, Inflation, Employment, etc.

“It is absolutely important that the implementation of a new minimum wage does not adversely affect these targets, and thereby erode the envisaged gains for the workers.

“It is against this background that I have set up a Technical Committee to advise Government on how best to fund, in a sustained manner, the additional costs that will arise from the implementation of the consequential increases in salaries and allowances for workers currently earning above the new minimum wage.” he said

He said that the inaugurated technical committee will be chaired by an economist and financial expert, Mr. Bismarck Rewane with other experienced economists and administrators from the private sector working together with all the relevant officials of government.

He enumerated the terms of reference for the committee to include develop, and advise government on how to successfully bring about a smooth implementation of impending wage increases and identify new revenue sources, and areas of existing expenditure from where some savings could be made in order to fund the wage increases without adversely impacting the nation’s development goals as set out in the Economic Recovery and Growth Plan.

“Given the urgency of this exercise, the Committee is expected to complete its deliberations and submit its report and recommendations within one month today.

“It is now my pleasure to formally inaugurate the Technical Advisory Committee on the Implementation of an Increase in the National Minimum Wage.”

The committee has a month to complete and submit its report. It also came about 24 hours after the government and organised Labour – agreed to forward the new National Minimum Wage Bill to the National Assembly on or before January 23.

The organised labour, had in December 2018, rejected any attempt by the Federal Government to set up another committee on the national minimum wage, describing any such plan as diversionary and delay tactics.

President Buhari, had during the budget proposal presentation, promised a new minimum wage which he said will help maintain jobs for the teaming unemployed.

“We have included the implementation for the National Minimum Wage. I will be sending a Bill to this National Assembly, on this.

“To avoid a system crisis on the Federal Government and states, it is important to device ways to ensure that its implementation does not lead to an increase in the level of borrowing.

“I am accordingly setting up a high-powered technical committee to advice on ways of funding an increase in the minimum wage and attendant wage adjustments without having to resort to additional borrowing.

“The work of the committee will be the basis of finance bill which will be submitted to the national assembly alongside the minimum wage bill.” he had stated