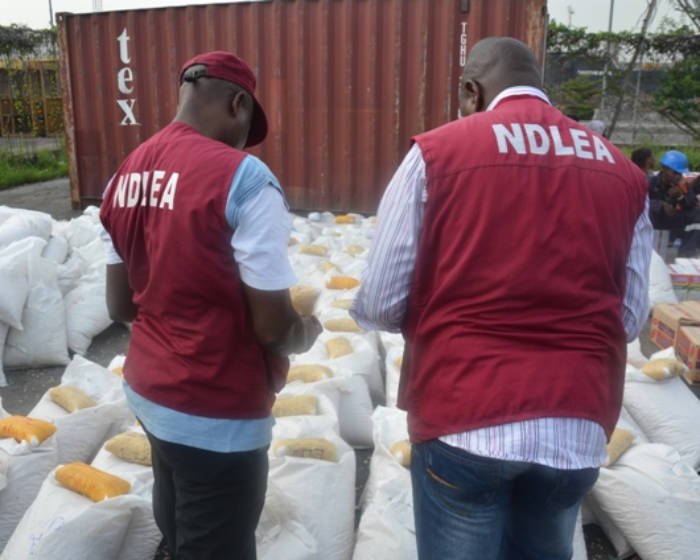 The National Drug Law Enforcement Agency (NDLEA), Niger Command, said on Thursday that it arrested 154 drug traffickers, with 24 convictions between January and December, 2018.

NDLEA’s Commander in Niger, Mrs Sylvia Egwunwoke, told the News Agency of Nigeria (NAN) in Minna that the suspects were arrested in different parts of the state.

Egwunwoke said that seizures made by the command include 2,074 kg of cannabis sativa and 68kg of psychotropic substances.

She said that 54 litres of liquid substances comprising cough syrups with codeine and injectables were seized from the peddlers during the period.

According to her, the anti-drug agency also counselled 72 persons and rehabilitated 16 others into the society in 2018.

She said that the command had already taken the crusade against drug trafficking in the state to traditional rulers, the mosques and churches.

“We have put in place sensitive security measures to frustrate activities of illegal drug traders in the state,’’ the commander said.

Egwunwoke explained that all identified drug routes in the state had been placed on strict surveillance, while community leaders would be used to provide information on such peddlers, with a view to arresting and prosecuting them.