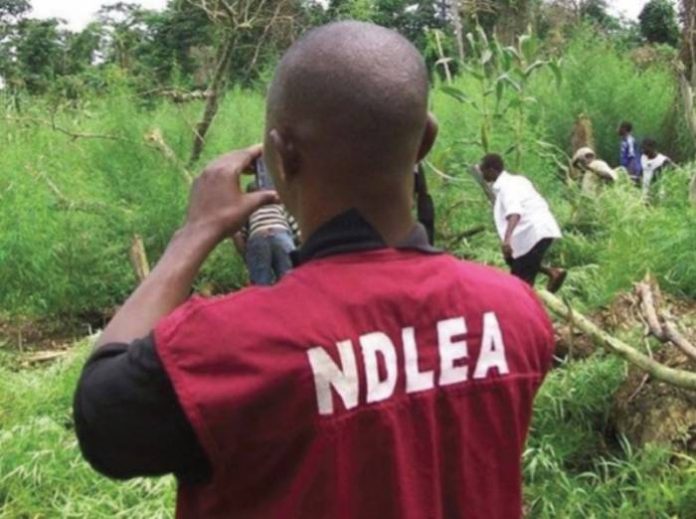 The Jigawa Command of the National Drug Law Enforcement Agency (NDLEA) said it had discovered five farms of Indian hemp in Ringim Local Government Area of the state.

The agency’s Spokesman, Mr Asuquo Nkereuwem, made the disclosure in a statement issued in Dutse on Wednesday.

Nkereumem said the discovery was made as a result of intensive surveillance carried out by men of the command operating in the area.

He explained that the farms were discovered in five different villages in the area.

“In our continuous efforts to make Jigawa a drug-free State and ensure that drug barons find it difficult to operate within the state, our intensive surveillance led to the discovery of five different farms of cannabis sativa popularly known as hemp or “wiwi”.

“The farms were discovered in Kagadama, Tsagan and three other villages in Ringim local government area of the state,” Nkereumem said.

He explained that the hemp was being mixed-cropped with onion, tomato and other vegetables by the suspected farmers.

The spokesman said one of the suspected farmers was arrested on Feb. 26 at Kagadama village with 12.5 kilogrammes of the freshly uprooted hemp from his farm in Kagadama village.

According to him, one of the farms in Tsagan village was destroyed by men of the command, while its suspected owner is currently at large.

Nkereuwem further said that three other farms were destroyed by their suspected owners when they heard about the presence of the NDLEA personnel.

He also alleged that some of the residents who facilitated the escape of one of the suspected farmers, attempted to attack the officers.

“A farm located at Tsagan village has been destroyed while the owner of the farm is currently at large.

“During the operation, the villagers, who facilitated the escape of the cannabis farmer also attempted to mob the NDLEA operatives who went for the operation.

“One getting information about the arrest and destruction of the above mentioned two farms in Kagadama and Tsagan, three other farms were destroyed by the owners who are presently at large for fear of being apprehended by NDLEA operatives,” the spokesman added.

He described as “worrisome”, the emerging trend where youth were planting hemp in irrigation farms in the state.

He said the agency urgently required motorcycles and Toyota Hilux vans so as to be able to gain access into the interior of settlements of the state in order to stem the trend.

Nkereuewem said adequate operational vehicles would assist the command to discover, intercept, seize and destroy such drugs before they would find their way to the market or be circulated for consumption.

He said investigation into the case was ongoing, after which the suspects would be charged to court.