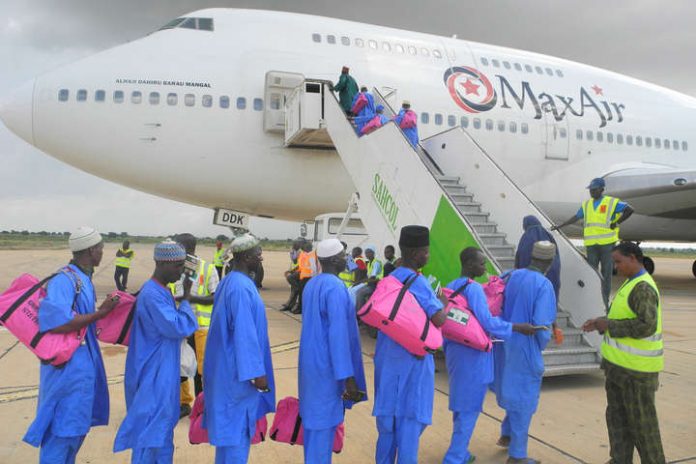 The National Hajj Commission of Nigeria says it is still computing cost of various components that make up the total package of the 2018 Hajj fares.

The Executive Chairman of NAHCON, Alhaji Abdullahi Muhammad, stated this at a one-day sensitisation and enlightenment campaign for 2018 Hajj pilgrims and Ulama, on Wednesday in Abuja.

The News Agency of Nigeria reports that the commission approved N1.5 million as the 2017 Hajj fares and fixed $800 as the Basic Travel Allowance for all pilgrims.

The approval followed the appearance and defence of the proposed fares by all the state pilgrims welfare boards and agencies.

Muhammad, however, said the commission had directed State Muslim Welfare Boards, Agencies and Commissions to collect deposit of the same amount paid in 2017, before NAHCON would finish computing the total fare for this year’s Hajj.

He assured that the commission would consult all stakeholders and relevant government agencies before agreeing at a cost of each component of the Hajj fare.

He said: “Right now, we are trying to compute the total cost of the 2018 hajj fares but before that we have directed state pilgrims boards to collect deposit of N1.5 million as paid during 2017 Hajj.

“If after computing the cost we arrive as N1.5 million that is all, but if it is lower or higher than the deposit collected we will explain to the public as usual.”

He said the U.S. dollars constituted 98 per cent component of the Hajj fare because NAHCON used dollars to pay for all services that would be rendered to pilgrims.

He appealed to Ulamas (Islamic clerics) to assist the commission in education intending pilgrims on new Saudi Arabian policies on Hajj and Umrah in order to bridge information gap.

The executive chairman said clerics had a role to play in ensuring hitch-free Hajj operation not only in the areas of education and enlightenment of intending pilgrims but also have a duty to ascertain their character and decency.

He said as part of measures to curtail incidences of absconding, NAHCON had introduced guarantorship and endorsement form by Jumma’at Imams to ascertain that any person traveling for Hajj would not abscond.

According him, it is only Jumma’at Imams that will sign and endorse the forms to stand as guarantors of intending pilgrims.

The NAHCON boss advised Imams to sign and endorse forms of persons who have no questionable characters, saying “If you stand as a guarantor of anybody that abscond you will be arrested”.

Muhammed said: “If you are not sure of the character of any intending pilgrims that comes to you to endorse his or her forms don’t approve it.

“Make sure you know somebody who knows him very well and who can attest to the fact that the person will come back because before you endorse his form.”