2019: INEC to transmit results through Satelite 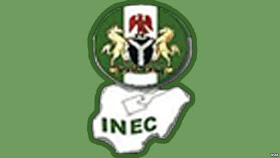 The Independent National Electoral Commission (INEC) has said it will transmit the results of the 2019 general elections electronically through the Nigerian Communications Satellite Limited (NIGCOMSAT).

To this end, INEC has sought NIGCOMSAT’s help to use its Sat1-R satellite to electronically transmit the results immediately after counting at each polling unit across the country.

The Chairman of INEC, Prof. Mahmood Yakubu, disclosed this during a working visit to NIGCOMSAT headquarters in Abuja yesterday.

The INEC delegation, which was received by the Managing Director of NIGCOMSAT, Abimbola Alale, and other management staff of the agency, toured the agency’s facilities for about 15 minutes.

Prof. Yakubu, who said he was impressed with what he saw in the country’s satellite communication agency, stated that INEC was committed to deepening the deployment of technology in elections.

He added that through NIGCOMSAT’s satellite and connectivity provided by telecom operators, the results of elections of each of the 119, 973 polling units nationwide would be electronically transmitted on the spot and in real time, including the scanned images of result sheets.

Aside from this, the INEC chairman also said the commission wanted NIGCOMSAT to help in voter education through electronic message display as the 2019 elections drew nearer.

“It is for this reason that we wish to leverage on the capacity of NIGCOMSAT to provide a wide range of telecommunication services. In particular, your broadband service offers a tremendous flexible bandwidth capacity that can be deployed almost anywhere and in a short period of time, including hard-to-reach and temporary locations,” he said.

In her remarks, Ms. Alale said NIGCOMSAT was ready to partner with INEC in transmitting election results to every nook and cranny of Nigeria.

NIGCOMSAT’s Sat1-R, she said, was capable of covering and transmitting live and in real time all that transpired during the elections.