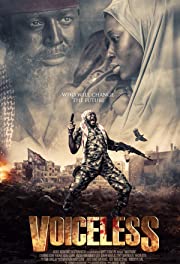 Honest, I have been contemplating my navel whether to write about the above-titled movie since the day we saw it with my brothers and colleagues(Jammaje Academy’s) – two days ago at Ado Bayero Mall’s film house cinema. I had this rather grave misgiving, because I didn’t want to disappoint or anger my readers. A wise man saying, “Confidence comes not from always being right but from not fearing to be wrong”, finally helped me make my mind up about it. Here’s my rather quick review of the film.

It’s indisputable, only a few, if not all of the Kannywood productions, attract the attention of the audience. This isn’t a Kannywood one! Though, the actors and the dialogues are Hausa straight through – not a single English word. The film on the one hand, mounts a frigging assault; on the other hand, a serious challenge to Kannywood, which is seemingly inconceivable to face. Though, it’s unfair to match the glory of Nollywood and that of Kannywood, but I can feel it in my bones, that they must envy Nollywood for punching them and knocking their teeth out by producing the first Hausa film on Netflix. I once read it somewhere, Kannywood is historically older than Nollywood, but Kannywood still struggles for acceptance within and outside the country. And, Nollywood film industry is the second biggest after Bollywood in the world, what’s more, may upset or interest you, doesn’t matter, to hear that Nollywood, after agriculture in Nigeria, is the second largest employer; the industry however, does always commend itself to the world. It has it that, the power of films is enormous as it has both good and evil potentialities. Here, I suggest Kannywood should be revalued, not rejected by its critics who see everything about them as appalling and atrocious. Let the people who think they can do better or bring about some revolution trespass and invest, like how malam Kabiru Musa Jammaje is into it now. To me, the lack of collaboration between the Kannywood filmmakers and the academes is what kills the industry the most. I was told only one university in the whole Northern Nigeria offers Film Studies as a course. It’s most unfortunate!

Voiceless, is an insurgency-inspired romantic-thriller, Hausa language feature-length film, which captures something quite similar to the story of the abduction of Chibok girls some years back. It shows the story of Goni(Adam Garba) and Salma(Asabe Madaki) – two victims captured by a heartless “Sojojin Aljanna(The Army of Paradise)” terrorist gang. Salma was kidnapped together with her fellow school girls to serve the group’s lust against western education for girls. They were raped, tormented and some of them died after some days of excruciating torture. While Goni and his close friend Bulus(Abba Zaki) are forced to work for the insurgents as skilled mechanics.
Goni vows to help the girls escape, with his friend, Bulus lending him a hand. Goni and Salma fall in love. Their love for each other grows deeper and deeper every day. He makes love with her and impregnates her. She gives birth to a baby boy after their 300 days with the terrorists.
However, amid betrayals, suspicions, and deep distrust between the abductors leaders Lafiya/Shugaba(Yakubu Muhammad and Banza(Uzee Usman) that makes up the abductees get the strength and the will to escape and survive. Unfortunately, back in the real world, they face another pitched battle for the acceptance of their loved ones. Goni loses his family to an extermination by the terrorists. It hurts Salma’s father Sani Muazu who is a Muslim and gets under his skin, that he thinks one of the terrorists gets his only daughter pregnant. He can’t bear seeing his daughter with the illegitimate child everyday. He becomes incandescent with rage and presents a threat of killing her and the baby. She leaves the house in a huf while her Christian mother Rakiya Atta is trying to stop her.
Goni and his friend Bulus come to the village to explain themselves. Sadly, the villagers chase them off and burn Bulus to death at the stake.
Banza who kills their commander after a coup by a single shot to the head, sends one of them to bomb out the village. The suicide bomber really doesn’t want to let off the bomb in the market centre, but he feels ostracized, oppressed, and VOICELESS; that, leaves him with a stark choice. The narrator Goni gives his all in trying to dissuade him, as the bomb goes off.

Short, the film is, one could say with courage, unbelievably interesting and intriguing, indeed. No film critic/reviewer would deny the filmmakers the credit of producing the first and by far the best Hausa film ever. No exaggeration. The film is really touching with a very important message to the ideal world. It is, of course, far too easy for analysts who are not Muslim to focus on the small part of the extremist threat that Muslim extremists pose to non-Muslims in the West and/or demonize one of the world’s great religions, and to drift into some form of Islamophobia—blaming a faith for patterns of violence that are driven by a tiny fraction of the world’s Muslims. One thing I super like about the film is the way the story(terrorism) is noticeably divorced from Islam. Happily, the work is created by people who are not Muslims; an achievement of which we(Muslims) can be justly proud! I salute the filmmakers for doing the Hausa language a great service by rendering the film in it. The actors, too, deserve my commendation, especially the central characters.

Well, like any work of art, there exist some gaps here and there that may need to be plugged. The following are rather my observations:

Getting to the point, since the dialogue is Hausa, for the message to be easily followed, English as the lingua franca in the world, one could say, must be used as the subtitles. But, there’s a fight like cat and dog in the construction of the English used, in many instances; as in: “shi wawa ne”, translates as “he is a coward”, that, the word “coward” takes the place of “fool”, for example. That’s, for one to be an excellent subtitler, they are obliged to master both the languages. Not only that, there are grammatical and spelling errors in numberless places. I perceive that, perhaps, because I expect too much of the filmmakers. Nonetheless, there’s no error-free subtitle, but the subtitle used couldn’t undergo editorial assessment before the release of the film, I suspect.
Finally, after the abduction of the girls, there is this place where journalists are having an interview with some Nigerian army officers together with the families of the victims, but there isn’t any live/old news broadcast of the trial. The Nigerian citizens should be shown, watching TVs/listening to radios, sympasizing with the victims. Only that of a woman from CNN, directly on the camera – not even on a TV set, broadcasting international news, that’s largely irrelevant to the mysterious happenings in the film. The scene of the woman, should be either wholly avoided or shown differently!
On a scale from 0 to 100, the film is a 100+ by Kannywood standards. And by the international standards, it’s a 65.